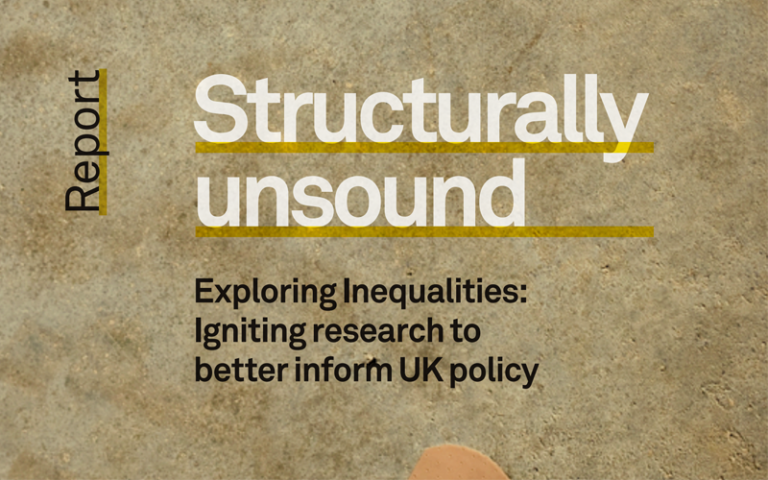 'Exploring Inequalities: Igniting research to better inform UK policy' combined research and evidence on inequalities in the UK, with the aim of facilitating informed and joined-up policy making. The project provided a multi-disciplinary exploration of the nature of, and intersections between, forms of structural inequality.

By bringing together a broad range of experts from academia, research, third sector organisations, business, policy, government and elsewhere, the project aimed to cut across standard research and policy boundaries to synthesise and deepen our understanding of inequalities in the UK.

Critically, the work sought out ga.ps in collective knowledge in order to facilitate informed, evidence-based research agendas and policymaking at all levels of government. The study addressed multiple and inter-related inequalities across four thematic areas: Education; Employment; Health; and Housing

The project was a collaboration between UCL’s Grand Challenge of Justice and Equality, UCL Public Policy, and the Resolution Foundation, funded by UCL’s Knowledge Exchange Fund (HEIF).

Conceived of by Siobhan Morris, Katherine Welch, and in collaboration with Matthew Whittaker, the project aimed to break through the silos that can sometimes arise when focusing on an area as broad as ‘inequality’. The project sought to challenge researchers, businesses, practitioners and policymakers to think disruptively to generate new solutions to tackle inequalities in UK society, by bringing together academic expertise at UCL with authoritative analytical research from the Resolution Foundation and leading experts from a range of fields. The project is addressing questions including: 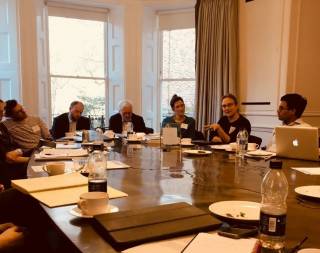 Jointly chaired by Professor Nick Gallent, Professor of Housing and Planning at UCL’s Bartlett School of Planning, and Matthew Whittaker, Deputy Director of the Resolution Foundation, over the course of nine months the project convened six roundtables and conducted numerous in‑depth interviews with research, business, third sector, and policy experts from a range of disciplines, policy areas, sectors and locations.

In total, over 50 organisations drawn from different sectors and from across the UK took part – exchanging knowledge, sharing insights, building partnerships, and co-creating new research agendas. Discussions at the six roundtable workshops focused on reviewing and synthesising our understanding of inequalities, identifying gaps in our collective knowledge, and responses to these to facilitate informed, joined‑up policy making at all levels of government and in research agendas.

Briefing papers and summaries of discussions from each roundtable were prepared by Fahmida Rahman, Oliver Patel and Dr Clare Stainthorp. Alongside their roles in leading the project, Dr Olivia Stevenson and Siobhan Morris conducted multiple interviews with Civil Servants and policy professionals to supplement discussions. Additionally, a total of 38 meetings with key influencers and experts from NGOs, charities, think tanks, and business leaders were also held to ensure a breadth of views and insights across the devolved nations.

The project team also tested initial findings through a series of engagements. This has included an interim discussion of findings at the Equally Ours Policy Forum in London, a talk entitled, “Why intersectionality is key to tackling inequality” to the UK Communities Foundation AGM in Glasgow, presenting the project and issue of structural inequality at a one day conference for sixth form students from schools across the South of England.

Through all of these activities, the work has forged networks and relationships that didn’t previously exist, but which we hope will bear considerable future fruit in terms of collaborations and the deepening of our collective understanding of structural inequalities in the UK. We look forward to discussing where next, for both research and policy initiatives, aimed at tackling inequalities.

The Resolution Foundation is an award-winning independent think-tank focused on improving the living standards for those on low to middle incomes, working across a wide range of economic policy areas. They are a leading UK authority on securing widely-shared economic growth.

The project seeks to cut across standard research and policy boundaries by bringing together a broad range of experts from academia, business, the charity sector, NGOs, and government. 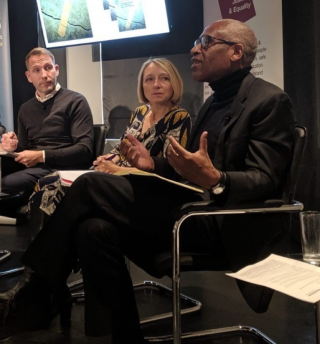 On 9 October 2019, the project's main report, Structurally Unsound, was launched at a public event at the Resolution Foundation.

The report has generated significant media interest with coverage in the national press as well as publications in sector-leading media outfits, including Times Higher Education, The Conversation, Wonkhe, and CBI Ideas Forum. The report was also referenced during 'Income Equality and Sustainability' debate in the House of Lords by Lord Bilimoria.

Following its launch, the project team have been invited to discuss findings through a series of engagements, including at the Government Equalities Office, the Confederation of British Industry, Ministry of Justice, Greater Manchester Combined Authority, Equally Ours Policy Forum, Welsh Centre for Public Policy, a talk entitled, “Why intersectionality is key to tackling inequality” to the UK Communities Foundation AGM in Glasgow, and presenting the project and a discussion of structural inequality at one day conference for sixth form students from schools across the South of England.

In addition, the authors have conducted events for employers, a webinar for the Whitehall and Industry Group, and the report was referenced in the CBI's 2020 London manifesto. In October 2020, project leads delivered a UCL Lunch Hour Lecture on tackling structural inequalities in UK society. 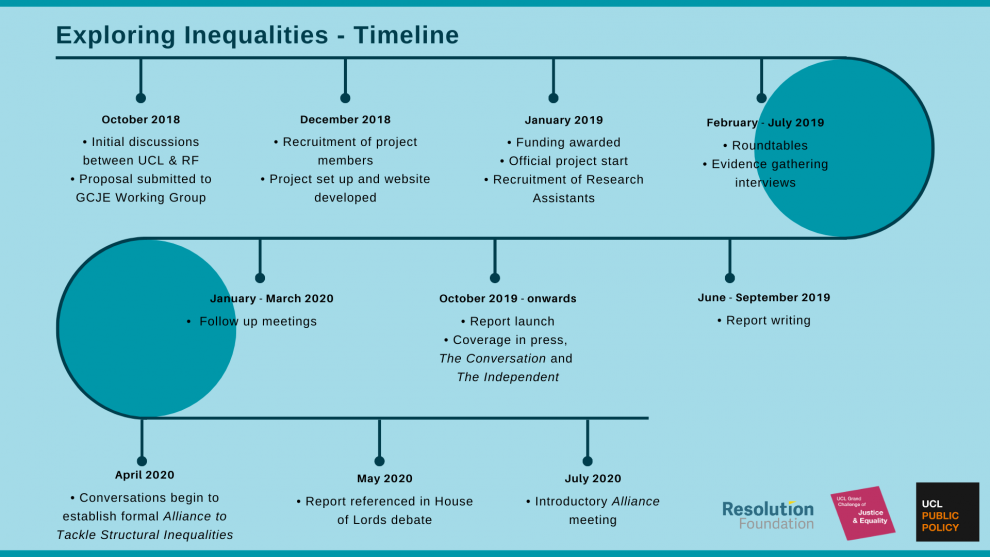