Dozens of UCL academics have initiated new partnerships with partners in Europe through grassroots funding streams. 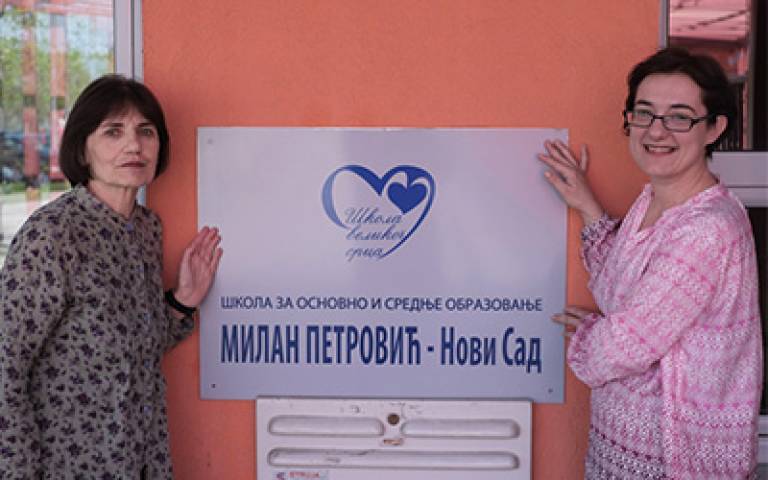 UCL is continuing to foster innovative research and collaboration with partners in Europe through its grassroots funding streams.

Since 2015-16, 100 UCL academics have initiated new European partnerships or strengthened existing ones thanks to Global Engagement seed funding.

As well as developing longstanding opportunities for collaboration with the French Embassy, UCL Grand Challenges has also been supporting interdisciplinary collaborations linked to Europe through its small grants programme.

The application deadline for the current cycle of both the Global Engagement Funds (GEF) and the Grand Challenges Small Grants is 9am (UK time) on Monday 22 May 2017.

Here we explore how previous GEF applicants used the support to further their European collaborations.

Dr Alexandra Perovic (UCL Brain Sciences), in collaboration with researchers from the University of Novi Sad, Serbia, carried out a pilot study on language and cognition in Williams Syndrome, a rare developmental disorder that was previously never researched in Serbia.

The non-hereditary, randomly occurring disorder causes distinctive facial characteristics and a wide range of learning difficulties. Dr Perovic believes the results from this project will have crucial implications for informing and guiding clinical decisions and provision of relevant support and intervention to individuals with Williams Syndrome.

In addition to carrying out research, Dr Perovic also engaged with a local team of educators, psychologists and speech therapists in order to raise awareness of the condition. Together they visited schools - including Dr Milan Petrovic Primary & Secondary School - and hospitals in the city of Novi Sad where they delivered lectures and held informal events with local families.

This May, she will be giving a keynote lecture on atypical language development in Serbian at the Formal Approaches to Slavic Languages conference at the University of Illinois Urbana-Champaign, USA, where she will present the pilot data. 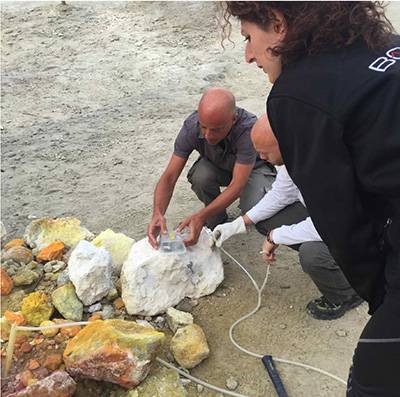 Together they deployed the sensors at the Campi Flegrei volcano, which is currently in unrest on the western edge of Naples in southern Italy. The tests confirmed that the recording capability of the sensors is comparable with that of conventional sensors that are several times more expensive.

Highlighting their potential impact, Dr Kilburn said: “The sensors will facilitate independent monitoring of active volcanoes by dedicated volcano observatories around the world. Furthermore, due to their efficiency and cost-effectiveness, they have the potential to be deployed in Developing Nations, where most of the world’s active volcanoes are found and where funding has thus far been insufficient to permit continuous monitoring with conventional instruments.”

The UCL team presented their findings at the 'Cities on Volcanoes' conference in Puerto Varas, Chile, in November 2016 and are in the process of raising funds for full development and testing of the sensors.

Collaborating on resource development in Turkey 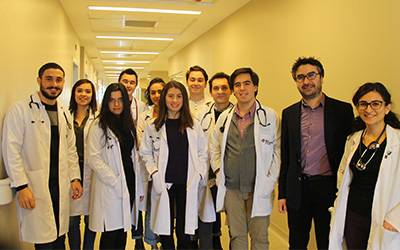 Dr Angelos Kassianos (UCL Department of Applied Health Research) conducted a study visit at the Koc University School of Medicine in Turkey. His team collected feedback from students who have used an online educational resource developed by the UCL department and used by the UCL Medical School as a ‘Case of the Month’.

Commenting on the importance of UCL’s continued provision of support and funding for international collaboration, Dr Kassianos said: “A study visit is worth a thousand emails. I spent a very productive three days with discussions, future planning and establishment of an excellent understanding of each other's needs.”

Following the study, Dr Kassianos and his team are incorporating feedback and utilising collected data to make improvements to the learning resource. 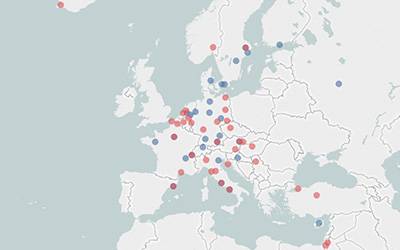 The UCL Grand Challenges Small Grants Programme provides support for UCL researchers seeking to address one of its Priority Themes.

Since its inception in 2010, 141 awards have been given out to a value of £577,000. This year, up to £4,000 is available to UCL researchers to enable them conduct societally relevant, cross-disciplinary interventions.

The GEF was established with the sole intention of supporting UCL academics working with colleagues based in other countries.