13: Sophie Harman – Global Health and Power in a Visual World

Sophie Harman joins us to discuss global health, making films and seeing politics through the eyes of others.

Sophie Harman is Professor of International Politics at Queen Mary University of London with interests spanning global health, African Agency, film and visual methods, and gender politics. Sophie has pushed the boundaries of International Relations (IR) scholarship more than most, notably through her use of visual mediums to convey the lived experience of those at the receiving end of global health programmes. In 2019, she was nominated for the BAFTA for Outstanding Debut by a British Writer, Director, or Producer for her work on the feature film Pili which tells the story of women living with HIV/AIDS in Tanzania. Sophie has recently published the book Seeing Politics: Film, Visual Method and International Relation and was awarded the Joni Lovenduski Prize for outstanding professional achievement by a mid-career scholar by the Political Science Association (PSA) in 2018. 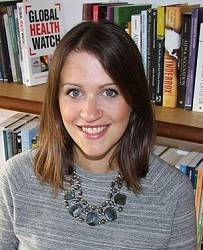 In a wide-ranging conversation, we discuss why visual politics, as well as emotion, are important frontiers for the future of IR scholarship.  Sophie reflects on the trials and tribulations of pursuing a film project in a profession not known for risk-taking. Beyond the razmataz of the BAFTA red carpet and meeting Spike Lee, we also discuss how the film Pili provides a portal into questions of global health, power relations, colonial legacies, and gender inequity. Sophie highlights the importance of storytelling and giving space to those stories which are almost never heard in the corridors of power. Recalling James C. Scott’s famous work, Weapons of the Weak, we also discuss how people at the receiving end of global governance programmes make sense of politics and reclaim agency in their dealings with often remote international bureaucracies. Sophie also tackles head on the pathologies of reproducing tired gender narratives in a context of accelerating global health securitization and privatization, as well as why getting the basics right would be a good start for an international sector beset by problems of accountability. And we also find time for a few words on Covid-19.

For more information, check out Sophie's profile at Queen Mary University of London or follow @DrSophieHarman on Twitter.

Projects and publications we discussed include: 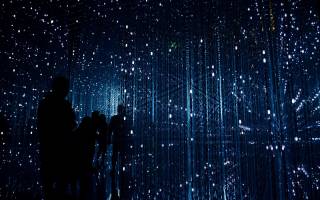 Daniel Schmachtenberger joins us to discuss existential risk, exponential curves and why a phase shift to a new world system is inevitable.