A new paper, co-authored by GGI Director David Coen and published in Politics and Governance, focuses on the role of interest groups in the Brexit negotiations, exploring which groups have the greatest access to the EU’s Chief Negotiator. 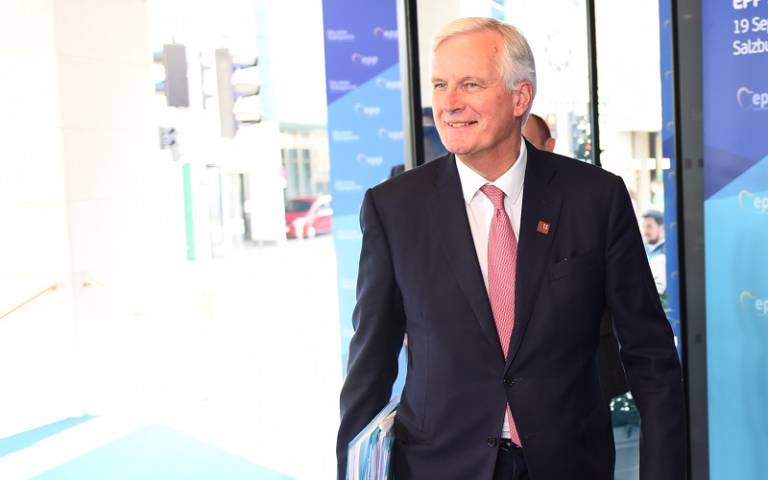 The paper has been jointly written by Professor David Coen (GGI Director and Professor of Public Policy at the UCL Department of Political Science) and Dr Alexander Katsaitis (Fellow in Public Policy & Administration, Department of Government, London School of Economics and Political Science). An abstract is included below. The paper is freely available online and can be downloaded here.

Interest groups have a vital role in international negotiations and carry the potential to influence their outcome. This article contributes to discussions surrounding Brexit and institutional change in the EU, focusing on Article 50 negotiations and stakeholder engagement. Drawing from theories on deliberative democracy and institutional legitimacy, we argue that different groups are given access to the Chief Negotiator depending on the resources they can contribute. Assessing our expectations, we inspect the entire interest group population that held meetings with Michel Barnier and his team from 2016 onwards. On the aggregate, we observe a pluralist approach. A closer inspection reveals a tightly knit circle of insiders that hold unparalleled access. To the extent that these meetings offer a glance into the future of EU lobbying, European trade and professional associations are likely to observe growing cohesion and significance. Conversely, UK private interests will see their presence and influence diluted as their relevance grows smaller in Brussels. Following the trends we observe, think tanks and socioeconomic interests are likely to experience a continuous surge in their involvement in stakeholder activities.