An interview with Marc Limon, Executive Director of the Universal Rights Group and former Advisor at the Permanent Mission of the Republic of Maldives to the United Nations Office at Geneva. 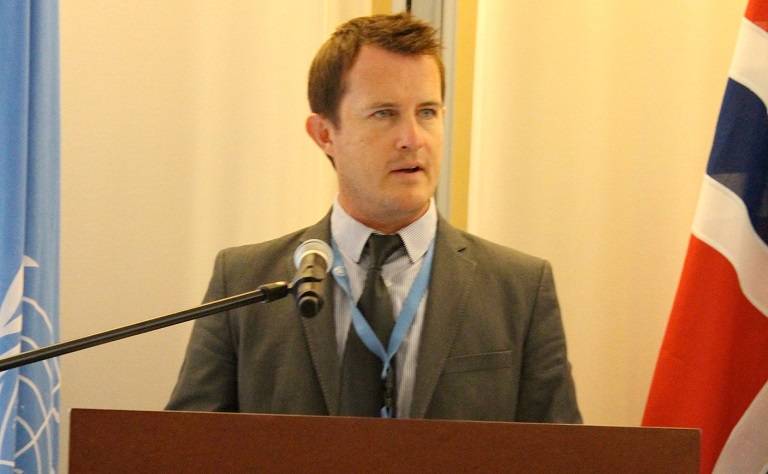 Who were the key policy entrepreneurs that helped bring CCHR onto the UNFCCC agenda?

There were many different key actors coming at CCHR from different angles, in initially quite separate efforts. At the beginning, Mary Robinson's country visits and commenting on linkages between CC and HR got the ball rolling. Through her foundation, May Robinson continued to push the issue and was instrumental throughout, especially by bringing the different actors together. Humphreys of the IHCHR was also an important interlocutor pushing CCHR at the beginning and he helped draft the first UNHRC resolution with me. CIEL's support on the NGO side was also crucial, including from John Knox. The World Bank (Ed Cameron) also produced a notable report on the impact of CC on HR and the cost. The Maldives in a brainstorming session of ambassadors on CC, suggested a broad initiative on CCHR in the run-up to Copenhagen COP given the lack of movement in the climate negotiations. CCHR was a good way to highlight the human cost of CC and the moral imperative for urgent action. In the Maldives, CC is already happening, HR therefore provide a useful framework to change the agenda. The Maldives were also trying to establish themselves in Geneva on HR (hoping to secure a seat on the UNHRC) and CCHR was a useful vehicle to achieve this given the Maldives' major stake in the debate. So the principal motivation for the Male Declaration and the Maldives' leadership on CCHR was a combination of pushing for an ambitious new climate agreement and establish the Maldives in Geneva.

What action did the Maldives take to lead the CCHR debate?

The Maldives organised the SIDS conference for the Male Declaration with the clear goal to argue for an ambitious UNFCCC agreement. The SIDS agreed that HR were useful for their strategy to achieve this. The Male Declaration set out a clear strategy and path to put CCHR on the agenda, and this was followed persistently.

Why did CCHR not make it onto the decision agenda in Copenhagen?

We were pushing CCHR through different avenues and there were resolutions tabled and OHCHR report was influential. But no powerful developed country was willing to support CCHR because of concerns on litigation and compensation. The key emerging economies, including the G77 negotiating bloc, meanwhile opposed CCHR because they were concerned that it was a way of making climate finance conditional and to curb their development. Only the Maldives and Switzerland strongly pushed CCHR at Copenhagen. The US, Australia, China, Russia, India and Iran were all strongly opposed. There was no discussion at all on CCHR on the "Copenhagen Accord" once it was clear that the agreement would fall through. so Copenhagen was clearly too early for CCHR to break through - it takes a long time to soften the system up to an issue like this.

What was different in Cancun? How important was the language in Cancun for CCHR entrepreneurs going forward?

The opposition came from the same countries in Cancun. The stakes were lower as no legally binding agreement was being negotiated. The NGOs were pushing CCHR harder, but they were much less important than the states, because they did not have the same access. In the end, the strong lobbying of the Maldives and Switzerland was crucial to get the HR language into the agreement. This was much helped by the Mexican ambassador chairing COP, who was a former chair of UNHRC and therefore familiar with the issues. Cancun was crucial because it put CCHR on the record - without Cancun it would have been much more difficult to continue to drive the issue. It provided an anchor for future reference for all CCHR entrepreneurs.

What were the most important aspects of the Maldives' strategy, what was their key to success?

Which other countries played an important role on CCHR in the UNFCCC and why did CCHR lose momentum from 2011?

Other key countries included Costa Rica, the Philippines and Switzerland as mentioned above. The Maldives had a strong disagreement on strategy with the Philippines and Bangladesh. The Maldives were opposed to permanent UNHRC work on CCHR, because they saw influencing UNFCCC as the main objectives. The Philippines were pushing to use CCHR to attribute blame to developed countries, which went against the principle of international cooperation seen as crucial to succeed in the UNFCCC. In the end, common ground was found and together they pushed for the creation of the Independent Expert position on safe environment. This coalition, brought together in the CVF, was then also key going into Paris. The Geneva Pledge initiated by Costa Rica was particularly influential.

What were the key issues CCHR competed with for agenda space at UNFCCC?

There were many other issues in general that competed for UNFCCC agenda space. But particularly important in terms of direct competition for CCHR were gender, indigenous, and youth. Coalition efforts to combine all of these under the HR umbrella were crucial to avoid competition.

This interview was conducted by Matthias Mueller in December 2016. It is referenced as 'Limon interview' in "Climate Change and Human Rights: Agenda-Setting Against the Odds" (UCL Global Governance Institute Working Paper Series, 2017/1).

Marc Limon is the Executive Director of the Universal Rights Group. He was an Advisor at the Permanent Mission of the Republic of Maldives to the United Nations Office at Geneva. He drafted and negotiated the Male Declaration on the Human Dimension of Global Climate Change, and Human Rights Council Resolutions 7/32 and 10/4 on Human Rights and Climate Change. He was also part of the Maldives negotiating team at the Fifteenth Conference of the Parties to the United Nations Framework Convention on Climate Change (UNFCCC) in Copenhagen.

Climate Change and Human Rights: Agenda-Setting Against the Odds 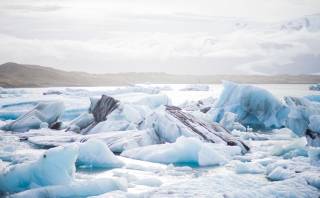 This Working Paper reflects on how small countries and non-state actors have succeeded in shaping the climate change and human rights agenda despite resistance.