Making Sense of Democratic Regression and the Rise of Populism What explains the resurgence of anti-liberal and anti-democratic forces around the world? Join us for this keynote lecture with Professor Michael Zürn (Berlin Social Science Center).

More than two decades after the apparent triumph of liberalism, symbolised by the fall of the Berlin Wall, populist parties around the world are seeing significant electoral support. Against the background of globalisation, authoritarian populism pursues an explicitly anti-liberal, anti-internationalist, anti-pluralist and anti-elitist agenda, often appealing to the notion of a homogeneous “silent majority.”

If democracy was working well, populism would not flourish. Two problems with contemporary democracy are severe. First, representation in parliaments is skewed in favour of the better off and, second, decisions are delegated to non-majoritarian institutions that exhibit a bias towards the policy preferences of more privileged citizens. The interplay of unequal responsiveness of parliaments and their partial disempowerment exacerbates political inequality. Contemporary democracy is increasingly perceived as lacking openness and representativeness. Those who share this assessment are more likely to vote for authoritarian populists.

Although contemporary populists keep rubbing salt into the wound of liberal democracy, their responses fail to solve any problems whatsoever. There is nothing to suggest that authoritarian populism is good for democracy. Wherever authoritarian-populist parties have come to power, they have damaged democracy. It is thus essential that we understand the underlying political drivers of democratic regression and explore how democratic practices and institutions could be reformed to counteract these tendencies. 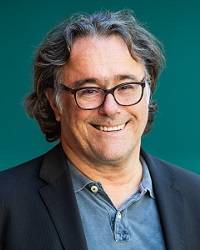 Prof. Dr. Michael Zürn is Director of the ‘Global Governance’ research unit at the Berlin Social Science Center (WZB) and Professor of International Relations at the Free University of Berlin. He also co-leads on the Cluster of Excellence “Contestations of the Liberal Script” (SCRIPTS), a research consortium that investigates the underlying drivers of the crisis of liberalism. Previously, he served as the founding Dean of the Hertie School of Governance in Berlin (2004-2009). He is a member of the Berlin–Brandenburg Academy of Sciences and Humanities and the Academia Europaea. Professor Zürn is a leading thinker on global governance and international relations and author of numerous monographs, anthologies, and articles. His research focuses primarily on the emergence and functioning of inter- and supranational institutions and the normative tensions and political conflicts arising from these developments. More about Michael Zürn