Climate change - the greatest threat to human rights in the 21st century - John Knox, UN Special Rapporteur on Human Rights and the Environment 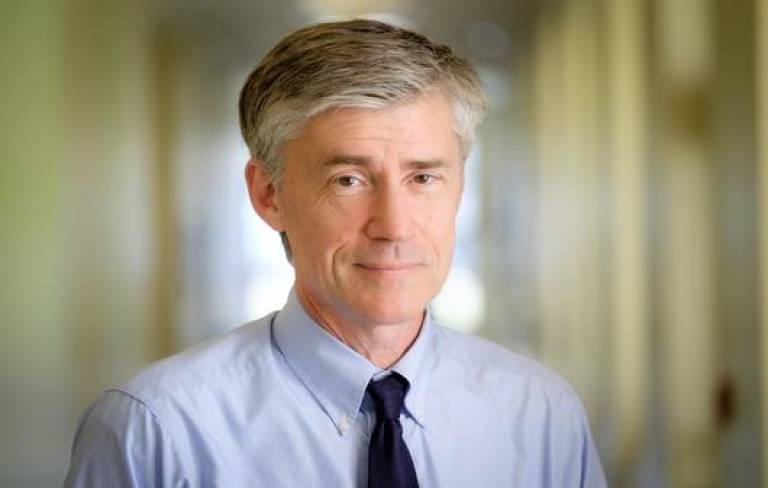 UCL's Global Governance Institute, Unicef UK and UCL Grand Challenges are pleased to invite you to an event addressing the challenges that climate change poses for human rights and children's rights, and how action to tackle this represents not only a moral imperative, but an obligation under human rights law.

It is now beyond doubt that climate change adversely affects a broad range of human rights that are recognised and protected under international law. Rising sea levels, increasing temperatures, extreme weather and changing rainfall patterns are undermining an ever-increasing number of people's and communities' rights to food, water, health, shelter, development, and life. For children, the dangers of climate change are particularly pronounced. Unicef has emphasised how this mounting global crisis represents one of the greatest threats to children around the world, undermining many of the gains made in child survival and development.

The event will be opened by Unicef UK's Executive Director Michael Penrose followed by a key-note lecture from Mr John Knox, the UN Special Rapporteur on Human Rights and the Environment. The lecture will be chaired by Joanne Scott, Professor of European Law at UCL. The public debate will consider the implications of the recently-adopted Paris Agreement on climate change and the Sustainable Development Goals and prospects for promoting human rights in climate action, as Governments and other actors seek to realise these new global frameworks.

John H. Knox is the Henry C. Lauerman Professor of International Law at Wake Forest University, in North Carolina. In 2012, the United Nations Human Rights Council appointed him to be the first United Nations Independent Expert on human rights and the environment, and in 2015, it renewed his mandate for three years and changed his title to Special Rapporteur. In the course of his work for the United Nations, he has conducted consultations around the world and issued a series of public reports on the relationship between human rights and environmental protection. Information about the mandate is available at the website of the Office of the United Nations High Commissioner for Human Rights, www.ohchr.org, and at his personal website, www.srenvironment.org.

Michael Penrose is the former Chief Executive of Action Contre La Faim, based in Paris. Previously Michael has worked as humanitarian director at Save the Children International, at the Department for International Development (DFID), and at Oxfam. He also worked as a consultant to several UN agencies.

Joanne Scott (FBA FRSE) was appointed as Professor of European Law in 2005, having previously been a Reader in the Faculty of Law at the University of Cambridge. Her main areas of expertise are European Union Law and WTO Law. She has published extensively on law and new modes of governance, environmental law and policy and on the intersections between different sub-national, national and international legal orders.