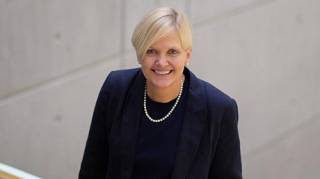 Professor Nora Ann Colton is Director of the UCL Global Business School for Health (GBSH). She is a health and international development economist specialised in the Middle East. She speaks Arabic and publishes on issues relating to globalisation and health in the MENA region.

Previously, she was the Joint Director of Education at UCL Institute of Ophthalmology and Moorfields Eye Hospital NHS Trust and UCL Pro-Vice Provost (Postgraduate Education). Nora has also been the Deputy Vice Chancellor (Academic) at the University of East London where she oversaw all academic affairs as well as Dean of the Royal Docks Business School. She is a Principal Fellow of the Higher Education Academy.

She serves as a nonexecutive  and trustee on a number of boards including HESA, RNIB, and Vision Aid Overseas. She has been a visiting Professor at American University in Beirut and the University of Electronic Science and Technology in Chengdu, China. Ruth Kennedy is a brand consultant advising clients in the luxury goods and services sectors to meet their business development objectives. From 2006 to 2009 she served as head of Quinlan Private UK, a real estate and private equity group managing commercial and residential properties in Europe including luxury hotels. Before that position, Ruth was 16 years with David Linley and Co., the bespoke furniture and design business.

She began her career at S.G. Warburg as an investment banker. Ruth is a non-executive director on the boards of Daylesford Organic, Bamford, Value Retail (the owners of Bicester Village), and until 2019 on the public board of Belmond Hotels. In 2009 Ruth founded the Louis Dundas Centre for Children’s Palliative Care at Great Ormond Street Hospital and UCL Institute of Child Health and is a Patron of the Elton John AIDS Foundation. 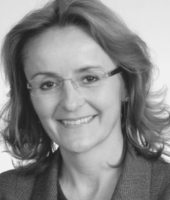 Fiona chairs the Sustainable Healthcare Coalition that inspires partnerships and action on sustainable healthcare. She also works as an independent expert advisor and board member for national and global organisations on wellbeing and sustainability. Fiona is also a visiting Professor at UCL and teaches at the Cambridge Institute for Sustainability Leadership.

She is a high-profile wellbeing and public health leader with a track record of reframing thinking and developing innovative strategy and programmes at the heart of business and government. Her previous roles include Deputy Chief Medical Officer and Director General in the UK Government, Director of Chronic Disease and Health Promotion at the World Health Organisation and Bupa’s Chief Wellbeing Officer. 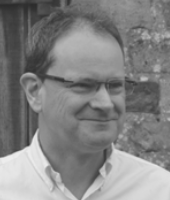 Simon Hammett was a Senior Partner at Deloitte LLP. He led the Healthcare and Life Sciences practice in Europe and was the CEO of the Strategy Consulting business. Simon operated at executive level with the Firm’s most prestigious clients in the consumer health, pharmaceuticals and medical devices sectors.

He provided advice on commercial strategy, organisation design and merger-integration. Under Simon’s leadership, the practice achieved significant growth and he built a talented team of Partners all passionate about making an impact that mattered for clients and their patients.

Simon “retired” from Deloitte in 2016, completed an MSc in Industrial, Organisational and Business Psychology at UCL and now operates as a Board advisor and leadership coach. He is a Trustee with several leading healthcare charities.

Graham Hart - Co-Director of UCL Health of the Public 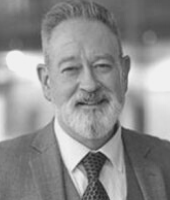 Professor Graham Hart was the inaugural Dean of the Faculty of Population Health Science. He is now the Co-Director of UCL Health of the Public.

Graham is a Professor of Sexual Health & HIV Research and his research interests include sexual risk behaviour and the prevention of HIV and STIs, combining structural, behavioural and biomedical approaches to prevention and the opportunities afforded by new prevention technologies. He has worked with a wide range of populations at risk of HIV and STIs, nationally and internationally. 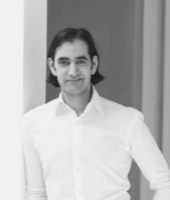 Prior to this role, he acted as the Global Chief of Staff and Head of the Strategy Realisation Office within Merck KGaA Darmstadt Germany, where he was a member of the Healthcare Executive Committee.

Jit studied medicine and achieved his postgraduate qualifications from London teaching hospitals, including The Royal Free, Kings College and University College London. Prior to entering the pharmaceutical industry where he worked with companies such as Roche and Bristol-Myers Squibb, Jit specialized in hepatology and gastroenterology. 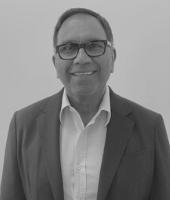 Hari Kumar is a pharmaceutical executive with over 30 years of experience in the industry.

He started his pharmaceutical career at Roche, before joining Amira Pharmaceuticals before becoming the Chief Executive Officer of Adheron Therapeutics. Since then, Hari has been actively involved in helping Biotech start-ups either as an independent Board member or as consultant. He is currently Chairman of the Board of Kinarus AG, on the Board of TRIO Inc, advisor to Mantra Bio, Inc. and Pliant Therapeutics, Inc.

Having completed his PhD as an immunologist at University College London, Hari completed a postdoctoral fellowship at Tufts New England Medical Center in Boston and another fellowship at the Marie Curie Cancer Research Centre in UK.

Chris Outram is the Founder and Chairman Emeritus of the OC&C Strategy Consultants partnership. After graduating from INSEAD Business School, Chris worked with the Boston Consulting Group and then moved onto a new position as a Marketing and Strategy Director. Chris then joined Booz Allen & Hamilton as a strategy consultant and was elected Partner of the firm in 1986.

In January 1987, Chris co-founded OC&C Strategy Consultants which operates out of multiple offices in 7 countries around the world and boasts over 500 consultants.  OC&C is one of the world’s premier specialist strategy consulting firms, with many of the world’s leading companies amongst its client base.

He has also Chaired three other organisations over the last five years – a small but very high growth technology company, the U.K.’s leading eating disorders charity, as well as a relatively new and high growth (~35% p.a.) charity which brings education to  ‘un-reached’ children around the world at a very low cost. It now serves more than 20,000 children across three countries.

Chris approached UCL in 2016 with the idea for the concept of a global business school for health that has now been taken forward by UCL. 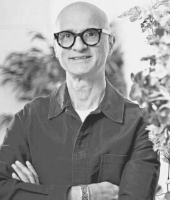 Dr Ali Parsa is a British-Iranian healthcare entrepreneur and engineer. He’s the founder and CEO of Babylon, the revolutionary artificial intelligence and digital health company. Babylon’s mission is to put an accessible and affordable health service in the hands of every person on earth.

Dr Parsa was listed in The Times 100 people to watch. The Health Service Journal recognised him as one of the ‘50 most influential people in UK healthcare’. He was featured in the Maserati 100, a list that recognises game-changing entrepreneurs who are disrupting the world of business. The Independent Healthcare Awards presented Dr Parsa with an Entrepreneurial Achievement award. He is also a UK Cabinet Office Ambassador for Mutuals and has a PhD in Engineering Physics.

Lord Kamlesh Patel of Bradford - Member of House of Lords 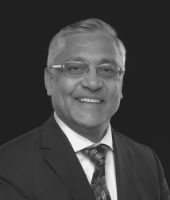 Lord Patel is a distinguished health and social care expert who entered the House of Lords in 2006 as an independent peer with his widely acknowledged expertise in the public sector in the UK.

He’s established an international reputation by leading health and social care, education, sports and business initiatives through brokering developments between the UK and India.

Lord Patel Chairs Social Work England, the regulator for all social workers in England and is President of the Royal Society for Public Health. He is Senior Independent Director of Cygnet Healthcare, Vice President of the British Board of Film Classification, and has recently been appointed as Chair of the Independent Health Providers Network.

Bing Song - Vice President of the Berggruen Institute (in charge of the China Centre, PKU) and former senior executive at Goldman Sachs China 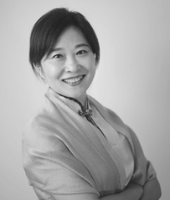 Bing Song is a Vice President of the Berggruen Institute and Director of the Institute’s China Centre.

Prior to joining the Berggruen Institute, Ms. Song was a senior executive with Goldman Sachs China for over a decade, with varying roles such as General Counsel and COO of the China business and finally, General Manager of Goldman Sachs’ joint venture securities firm in China.

Prior to Goldman, Ms. Song practised international securities law for many years in Hong Kong. Earlier in her career, Bing undertook academic and policy research and published in the areas of administrative law, competition law and comparative procedural laws. 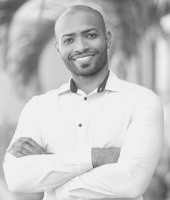 David is a Medical Doctor (MD., Ph.D., MSc.) and Entrepreneur who is committed to bringing world-class healthcare to the Caribbean & Latin America, He is the Founder of Novamed, a healthcare firm actioning best-practices and global insights through portfolio companies spanning healthcare services, medical education & health innovation.

He is Founding Partner of The Visionaries’ Summit, an opportunity exchange platform convening a community controlling US$140 billion in equity that has seeded over US$300 million in investments in the Caribbean.

He has been recognized by Forbes, World Economic Forum, the United Nations and the IMF and is currently a member of the WEF Global Future Council & Young Global Leader communities. His academic profile includes Oxford, INSEAD, Harvard & the Rhodes Scholarship.

The UCL Global Business School for Health (UCL GBSH) Programme Board is an internal UCL Board that ensures the cross-disciplinary input from across UCL into the activities, development and degrees offered through the UCL GBSH. 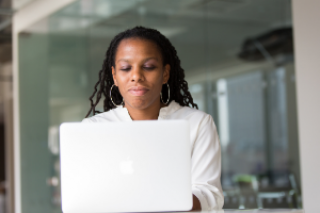