We are fortunate enough to offer one travel and research bursary to Germany for the summer of 2022, to the value of £500.

This competition is open to any student, undergraduate or postgraduate, for whom German makes up a substantial component of their degree programme, including Comparative Literature, BA Language and Culture, or EISPS. Its purpose is to fund a research visit to Germany during the summer to undertake an independent research project of a literary, cultural, historic, film-related or linguistic nature.

Applicants should submit an outline of a travel and research proposal (1,000-1,500 words) to Programme Director, by 6th May 2022. The winner will be announced as soon as possible thereafter.

The successful candidate will be expected to write a report on returning to the UK to be submitted both to the German department and the Quinault family: please see the work of previous Bursary holders below. This report will be submitted to the Department in Term 1, at a mutually agreed date.

All applicants are strongly encouraged to discuss their ideas with a member of German academic staff before submitting their proposal.

In case of any questions, please contact the Programme Director.

Register your interest in studying at the School of European Languages, Culture & Society (SELCS) and receive information about open days, applications, and more. The Writing Lab is a free service designed to enhance students' academic writing and research skills. Find out more about how to use the lab. 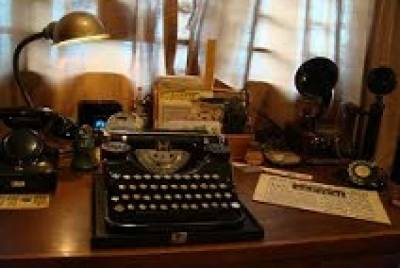