A Personal Note of Appreciation for The Crown Michael Berkowitz reflects on the authenticity of historical films and TV series, why he likes The Crown so much, and how his research on Jews and photography in Britain led him to discuss court photographers, including 'Baron' (Sterling Henry Nahum), with Prince Philip, and the Queen.

Many academic historians enjoy watching historically-based feature films and television docu-dramas (including streamed 'boxed-sets'). We relish kvetching (complaining, in a boisterous manner) and like to express our opinions. (Hence my pleasure being asked to write this blog.) We are scathing when supposedly historical treatments reveal scant regard for indisputable facts and the patently implausible. If a movie gets it right, it's time to celebrate. Cabaret (1972), starring Michael York and Liza Minelli, has long been a favorite of German and German-Jewish historians. Despite everyone speaking English, there's little with which to quibble as inappropriate to the Weimar Berlin setting (that is, from the end of World War I until the rise of the Nazis). Another popular film that soundly captures its historical period is Saturday Night Fever (1977). Along with the disco scene (attesting to which marks me as a dinosaur), the patter and material circumstances realistically portray working-class (non-Manhattan) New York, a perspective that rarely graces the silver screen. Closer to home, there has been a lot of buzz about the accuracy, or not, of Dunkirk (2017) directed by UCL alum Christopher Nolan. For the most part it holds up to scrutiny, relying on the scholarship of the evacuation by Joshua Levine who served as the film's technical advisor. Joe Wright's Darkest Hour (2017) focuses on Winston Churchill, with Gary Oldman snagging an Oscar for the starring role. One of the most moving scenes, when Churchill rides the tube in order to assess the popular mood during the Blitz, has been largely dismissed as fanciful. 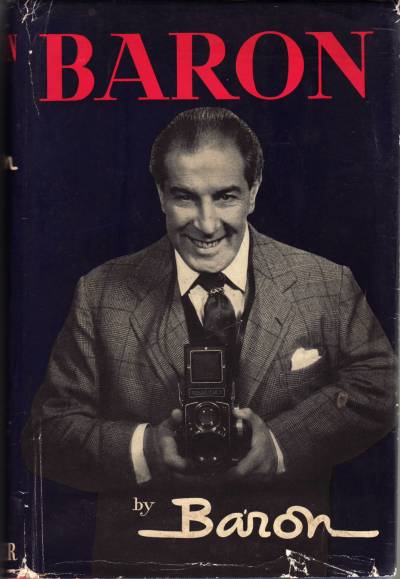 Historians offer mixed reviews for the integrity of the Netflix series, The Crown (2016), which soon enters its third season. I have a soft spot for it. First of all, it's well written and well-acted. I don't find its historical liberties to be unforgivably egregious. One reason why I take such a shine to it (as we say in America), is because someone involved in the production may have been exposed to my book, Jews and Photography in Britain. More importantly, I believe that Matt Smith, along with the writers and director, comes extraordinarily close to matching the style and personality of the Duke of Edinburgh. I realize this sounds ludicrous: Prince Philip is, well, kind of a friend of mine.

Amazing but true: I had the outrageous fortune to be granted an audience with Prince Philip, in 2012, when his wife, who happens to be the queen, suggested I talk to her husband about Jews as court photographers-a matter she did not feel free to address. She herself is very friendly with Annie Leibovitz. 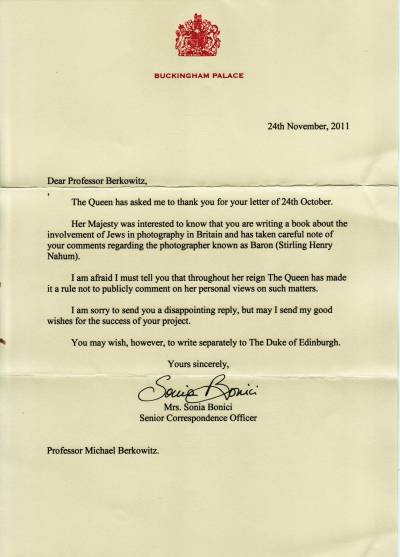 For my research I had read Baron by Baron (London: Frederick Muller, 1957). Baron asserted that he was close to the royal couple, and especially friendly with Prince Philip. Baron was one of the founders and masters-of-ceremonies of the social club that met above Wheeler's Oyster Bar in Soho after World War II, which counted Philip as a member. (It is depicted a number of times in The Crown.) In the tabloids Baron was often disparaged as a bad influence on Prince Philip, introducing him to "showgirls" and other unsavoury types. Baron's account, though not exactly a literary classic, struck me as sincere. But it was primarily his photographs of the royal couple that prodded me to dig deeper into his story. The royal couple appears relaxed, less self-conscious than usual, when Baron was behind the camera. I suspected that this might indicate a level of comfort that they didn't share with other photographers.I wondered: what were the royal couple's feelings about Baron? So I wrote the Queen, and she recommended that I contact her husband separately. I did.

I met with Prince Philip in his personal library for nearly forty-five minutes. The main subject was his relationship with Baron and the conversation sometimes turned to broader subjects. He seemed to have reacquainted himself with the Baron autobiography that he had read decades ago. 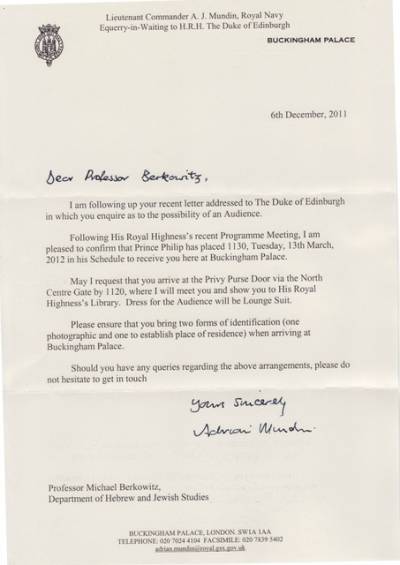 Prince Philip immediately confirmed that Baron's account was trustworthy and they were indeed good, close friends-and squash partners. He did not recall if he ever knew anything about Baron's ethnic or religious background. The Prince then made a very strong point: he made every effort not to put any stock in someone's origins. Baron was, he asserted, the photographer with whom he was closest, and he himself enjoyed photography, which comes through in The Crown. But Prince Philip did not typically enjoy having his picture taken-this also was reflected in The Crown. Baron was different from the others, he said, and that's why he invited Baron to accompany him and the queen on their world-wide cruise after his wife's ascension to the throne. But Baron suffered a fatal heart attack before the voyage.

I asked about his experience with the most famous of the royal and 'society' photographers, Cecil Beaton. Beaton was a snob and occasionally expressed disdain for Blacks and Jews. This was the one moment where the Prince seemed to catch himself. Beaton was only close to the women, he said. This too was reflected, rather sharply, in The Crown. Above all, what struck me most about (the real) Prince Philip was his candor and his fierce loyalty to his wife. The movie The Queen (2006)-which is a good and important film-gets this wrong, despite James Cromwell's superb acting. Philip is gruff and impetuous but neither a boor nor a snob. He's a complicated man, and I think, a good soul. He is what we call, in the Jewish history trade, a mensh. Credit is due to The Crown for making this critical dimension of contemporary history highly entertaining and crystal clear. 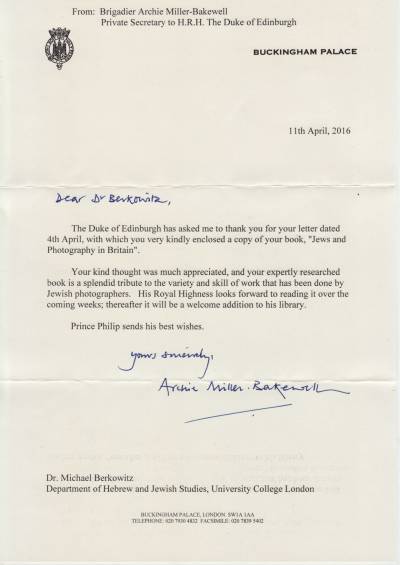