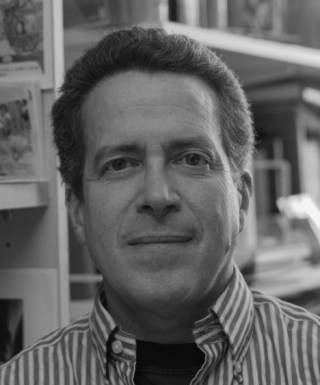 Professor Berkowitz, a native of Rochester, New York, received his BA from Hobart College (Geneva, New York) and his MA and PhD from the University of Wisconsin (Madison). At Wisconsin he studied under the late George L. Mosse.

In addition to teaching, writing, and academic lectures Professor Berkowitz often addresses public audiences.  He has presented at Limmud in thel UK, South Africa (2016), and upcoming in Austalia (2018), and for the Jewish Genealogical Society.  On two occasions he has been awarded use of the Bloomsbury Theatre for shows related to his research.  The most recent was the Kurt Weil/Georg Kaiser opera buffa, The Tsar Wants His Photograph Taken (February 2016), which was preceded by Theatre in the Theresienstadt Ghetto: Newly Discovered Works (co-produced with Lisa Peschel, February 2015). He has curated pop-up exhibitions, along with lectures, related to his book on Jews and photography in Britain at UCL's Art Museum and the Wiener Library.  His public engagement extends to the Armenian genocide, for which he delivered an address on Jews and Armenians as photographers and coordinated a special event on Armenian and Holocaust film (2016) for the Programme of Armenian Studies.  He was the academic advisor for an exhibition "Ghetto Warriors: Minority Boxers in Britain" at London's Jewish Museum (May-September 2007), including an extensive public programme and an exhibition catalogue.  A related follow-up exhibition was held in the cloisters of UCL (2013), which included a display on Berkowitz's interview with EastEnders' June Brown for the BBC series, Who Do You Think You Are?

With an initial group of MS students, and later a team of BS engineers from UCL's department of Computer Science, Berkowitz has developed two apps on the history of London's Jewish East End, both of which were awarded prizes.

His current long-range projects include the development of  a musical based on his photography research, and an exhibition to accompany the Kaunas, European Capital of Culture festivities beginning in 2022.

He is author of five monographs:

He is editor or co-editor of:

Professor Berkowitz teaches at the BA, MA, and PhD levels.  He offers courses on modern Jewish history, including the history of the Holocaust, the history of Central European Jewry, and Jews in the English-speaking world.