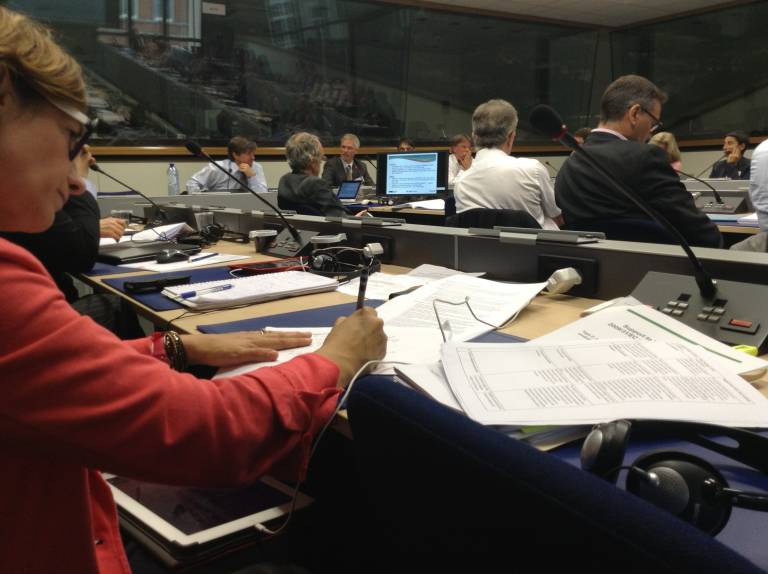 Richard Macrory, director of the UCL Carbon Capture Legal Programme, was the only legal academic participating in a stakeholders’ meeting held  in Brussels on 8 September 2014 as part of the European Commission’s review of the 2009 EU Directive on Carbon Capture and Storage.

Participants included representatives from industry, environmental NGOs,and organizations such as the International Energy Agency and the British Geological Society. There was a general consensus that this was not right time to start amending the actual Directive, but that existing Commission Guidance, especially on financial instruments could be revisted  to provide more flexibility.  The key issues concerned the effectiveness of underlying policy rather than the legislation.

In the same week, it was announced by the President-Elect of the European Commission that in future one Commissioner would be in charge of both Energy Policy and Climate Change Policy, thus effectively getting rid of the separate Directorate on Climate Change and Action set up in 2010.  Many will now be watching to see whether this potentially significant change has a real  impact on the EU’s approach to Carbon Capture and Policy.