We are a world leading and multi-disciplinary research department that conducts timely, rigorous and independent research with sound statistical methods into a better understanding of health and the prevention of ill health.

Our research focuses on a wide range of public health concerns such as heart disease; dental public health; mental health and well-being; and child development and ageing. Our research has significant real-world impact, informing policy both in the United Kingdom and around the world, and the wider public understanding of health inequalities.

Our expertise surrounding the social influences on health over the life span is embedded into the research department's undergraduate and graduate teaching.

The mission of the Research Department of Epidemiology and Public Health is to apply a multi-disciplinary approach (including clinical epidemiology, social epidemiology, medical sociology, developmental/behavioural psychology, statistics and economics) to further a better understanding of disease aetiology and progression over the life course.

Our vision is to carry out cutting-edge multi-disciplinary research and provide high quality teaching on the social, biological and environmental aetiology of health over the life span, and to apply this knowledge to reduce disease risk and improve the health of the population.

Structure of the Department

History of the Department 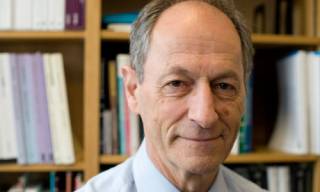 "Community medicine is a fourth-rate discipline for second-rate minds", said the Professor of Medicine at University College Hospital Medical School, the silver-tongued devil. Probably, he believed in trial by invective. Still, it was an eccentric way to attract me to UCL, back in 1984. But while there's retirement there's hope and he moved on. The Professor of Medicine at the Middlesex Hospital Medical School, though more polite, was no more encouraging: "Why do we need a department of Community Medicine? Let's get the teaching done by the London School of Hygiene and Tropical Medicine."

Both professors of medicine were relevant because UCL Hospital Medical School and the Middlesex were joining up and as a result there was to be one department of Community Medicine (name later changed to Epidemiology and Public Health) and a new professor. An entirely different perspective came from the Provost of UCL Sir James Lighthill - former Lucasian professor at Cambridge and one of the great mathematicians of the 20th century. Lighthill said that physiology was the revolutionary discipline in medicine of the early 20th century. A hundred years later, he thought that epidemiology should be playing that role. He welcomed me to UCL and asked what I needed. I said: accommodation for 35 people. Given that we were 7 at the time I joined the new department, it was a bit surprising that he waved his arm airily and said: We'll put you in to 66-72 Gower St.

The figure of 35 people had to be more than a stab in the dark. My architect wife, Alexi Marmot, now a professor at UCL, said that in order to ask for space I couldn't say vaguely that we will grow, I had to say what the department would look like. Notionally, then, we had to win research grants all over the place to provide funding for people who didn't yet exist. Lighthill was quite happy with this approach. Go forth and multiply was his message. I'll give you the space; you win the research grants that will provide the people to fill it.

Parenthetically, Lighthill was quite extraordinary, apart from his mathematics brilliance. In 1985, he had met Aubrey Sheiham (our much loved and much missed deceased colleague) once - the time in 1984 he chaired the panel which appointed Aubrey to the chair of dental public health. A year later seeing Aubrey, Lighthill said: Ah Aubrey, I have been reading the correspondence about you in the British Dental Journal. Lighthill then turned to someone and explained: Aubrey says that if you leave alone some of those shadows on dental X-rays, they re-mineralise. Dentists intervene too much.

I wanted to ask Lighthill if he had that grasp of what every professor at UCL was doing. It was enough that he believed in what I wanted to do with our new department. That mission was summed up in three papers I published in the Lancet around that time. The first was from the first Whitehall study.(1) It showed the social gradient in mortality from a range of conditions. Conventional explanations went only part of the way. I wanted to launch a Whitehall II study to investigate psychosocial and nutritional explanations of the social gradient in health.

The second was on health of migrants(2). It grew out of a report on mortality of immigrants to England and Wales. I wanted to investigate the high rates of heart disease in immigrants from the Indian Subcontinent and high prevalence of hypertension among Afro-Caribbeans.

The third, came from my inaugural lecture as UCL professor, and as well as setting out this agenda, was somewhat reflective on the nature of evidence.(3)

While I was pursuing social determinants of health, John Fuller, Senior Lecturer then Professor conducted successful long-term studies of epidemiology and treatment of diabetes under the umbrella of Eurodiab. Mark McCarthy, senior lecturer then professor, brought an analytical approach, and considerable flair, to bridging the gap between academic and service public health. He originated studies of care of the dying.

Derek Roberts, the next Provost, supported us in the way that Lighthill had. Derek (I somehow would never have called Sir James Lighthill, 'James') said that as an engineer he believed in systems thinking; what we were doing in our interdisciplinary approach to public health was systems thinking and it should be encouraged. Under Roberts we set up the International Centre for Health and Society. It was a loose network of individuals, supported by colleagues such as Fraser Mustard in Canada and Al Tarlov in the US.

The aim was to pursue a research agenda on the social determinants of health. In the process we grew in three ways: success in research grants, groups joining us, and enhanced support from UCL. Significant among the groups joining have been: dental public health including Aubrey Sheiham, Richard Watts and their colleagues; Mike Wadsworth and the National Survey of Health and Development, the 1946 birth cohort; Jane Wardle and the Health and Behaviour Group; Andrew Steptoe and psychobiology.

We also formed important collaborations: with NatCen on Health Surveys for England and Scotland, that grew into the English Londitudinal Study of Ageing; collaborations with partners in the Czech Republic, Russia, Poland and Lithuania in the Health, Alcohol, Psychosocial Factors in Eastern Europe (HAPIEE) study; with the Centre for Longitudinal Studies at Institute of Education on the Birth Cohorts.

Through all this, we grew from 7 people to about 170 including PhD students by the time I stepped down after 26 years as chair.

For me, personally, an important transition was to use evidence to influence policy and practice. I chaired the WHO Commission on Social Determinants of Health (CSDH). The secretariat of the CSDH was joint between our department at UCL and WHO Geneva. The CSDH ran from 2005 to 2008 and its report was published as Closing the Gap in a Generation, with the declaration on the cover: Social Injustice is Killing on a Grand Scale.(4)

Following the CSDH report, the British Government invited me to lead a review of health inequalities, to apply the findings of the CSDH to one country, England. The Marmot Review was published as Fair Society Healthy Lives in 2010(5).

With the blessing of Provost, Malcolm Grant, the support of the Department of Health and the British Medical Association, we set up the Institute of Health Equity (IHE) to work with Department of Health, Public Health England, local government and others on social determinants and health equity. Invited by WHO Euro, the IHE conducted the European Review of Social Determinants and the Health Divide. IHE is now working with PAHO to conduct the Commission on Equity and Health Inequalities in the Americas.

One marker of success of the Department of Epidemiology and Public Health is the extent to which we helped younger colleagues in their careers. An, admittedly incomplete marker, is the number of people who started with us at a junior level, and went on to become professors, either at UCL or elsewhere. Note, if we were lucky enough to have excellent people spend time with us, we can hardly take the credit for them going on to great things. At a minimum, we didn't hold them back.

Professorships since joining the Department of Epidemiology and Public Health