The UCL Dance Network: Collaboration flourishes at the arts-science interface

UCL is bringing different creative organisations together to collaborate on projects, including innovative choreography, monitoring dancers’ health, and the benefits of dance for Parkinson’s disease. 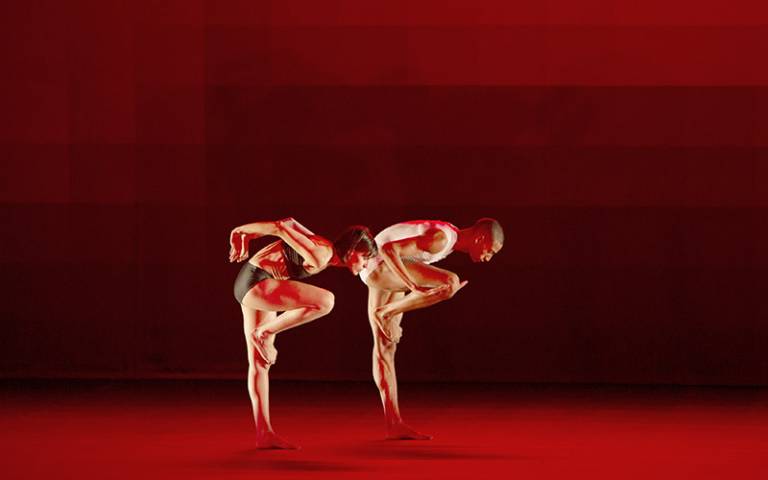 The arts and creative industries are the fastest growing part of the UK economy, contributing £101 billion in value in 2017 – an increase of 53% from 2010. Yet, perhaps surprisingly, deep collaborations between the arts and the UK’s well-established scientific sector are relatively rare.

Building on UCL’s existing academic connections with creative industries, UCL Innovation & Enterprise started to explore the possibility of growing these relationships into something wider, cross-disciplinary and long-lasting.

The potential of dance

What formed was the multifaceted UCL Dance Network, which has so far gathered partners including the English National Ballet (ENB), Sadler’s Wells, Studio Wayne McGregor and The Place – working alongside various departments across UCL.

The Network is starting to inspire new areas, such as a project to develop a remote sensor solution to monitor dancers’ performance and rehabilitation. Another project is pioneering novel, collaborative approaches to choreography. Projects in the pipeline include an exploration of the potential benefits of dance for people with Parkinson’s disease and workshops combining dance and coding to inspire young people into the arts or computer science (with funding from UCL Innovation & Enterprise).

Patrick Harrison, Executive Director of the ENB, said: “We are proud to work with UCL and excited to play a part in unlocking the benefits of a world-leading university for our city and for innovation in the arts.”

Working with the English National Ballet 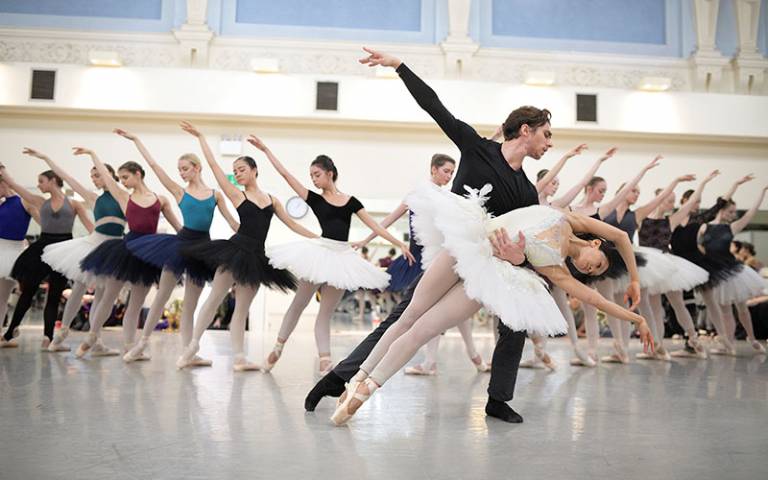 As physically expressive artists, dancers have to train and perform on stage every day. To make sure they stay at their physical peak, their fitness and health need constant monitoring. Yet physiotherapists have difficulty monitoring people accurately if they’re constantly on the move.

Realising that adding health monitoring sensors to the dancers or their clothes might hinder creative expression and movement, they considered a solution for adding sensors to the environment instead. As a result, a UCL student project is now developing the idea of creating specialist dance flooring supported by accelerometers and gyroscopes. These can monitor dancers’ health over the course of each performance, as well as over entire seasons.

As a secondee at ENB, Dr Thompson said: “Unless you open yourself to the idea of engaging with different audiences, you’re never going to be inspired as to where your work can have further impact. All the pre-existing ideas I had for collaboration had totally changed by the time I finished my secondment with the ballet. We would never have known what the opportunities were if I hadn’t become embedded within the organisation and spoken to everyone involved.”

Expansion plans for the Ballet

The English National Ballet was recently successful in securing a £1 million capital grant from the Good Growth Fund (the Mayor’s main regeneration fund). This acknowledged ENB’s collaborative work, including with UCL, and its potential to grow these partnerships in the future.

In 2019, the ENB will move into a new, purpose-built home in London City Island, Canning Town. This will provide the open, collaborative spaces needed to create, innovate, rehearse and deliver ballet to the highest standards.

The UCL Dance Network is also actively engaged in collaborations with Studio Wayne McGregor – which has a world-leading reputation at the forefront of tech-arts innovation.

The QuestLab project, funded by the Arts Council, is connecting choreographers from across the country, shortlisted by the Studio, to meet with academics with expertise in human-computer interaction, neuroscience, computer science, architecture, art, psychology and more. The project is stimulating new ideas, disrupting traditional ways of working and creating new relationships and networks.

Studio Wayne McGregor is based at Here East – the 1.2 million square feet innovation space at London’s Olympic Park, where UCL also has a growing presence.

If you’re interested in getting involved in the UCL Dance Network, as an academic at UCL or an external organisation, please contact Jo Townshend, Senior Partnerships Manager (Creative Industries, Art, Humanities & Societal Sectors).