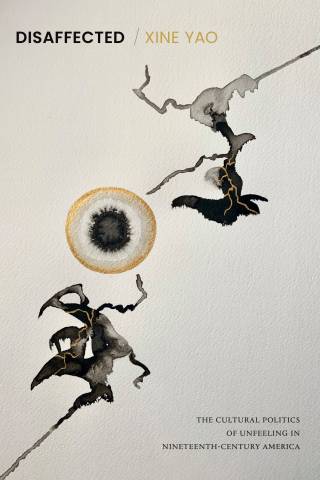 Currently Xine serves on the Executive Committee of C19: The Society of Nineteenth-Century Americanists as a Member-at Large. For 2021-2024 she represents the LLC 19th-Century American Forum to the Delegate Assembly of the Modern Language Association. She is the co-host of PhDivas, a podcast about academia, culture, and social justice across the STEM/humanities divide. Xine is the founding chair of the podcast initiative for C19: The Society of Nineteenth-Century Americanists. You can find them on Apple Podcasts or wherever you get your podcasts.

Her interests include histories of science and law, literatures in English from the Black and Asian diasporas, science fiction, the Gothic, comics/graphic novels, and digital humanities. Xine’s recent publications explore solidarity and comparative racialization between Black, Asian, and Indigenous peoples.

“Sodomy and Settler Colonialism: Early American Original Sins.” Introduction to Samuel Danforth’s The Cry of Sodom Enquired Into; Upon Occasion of the Arraignment and Commendation of Benjamin Goad, for His Prodigious Villany (1674), Common-place: The Journal of Early American Life 17.3 (2017): ~500 words.

International podcast about academia, culture, and social justice across the STEM/humanities divide (since 2015)

The Essay: The 'Inscrutable' Writing of Sui Sin Far