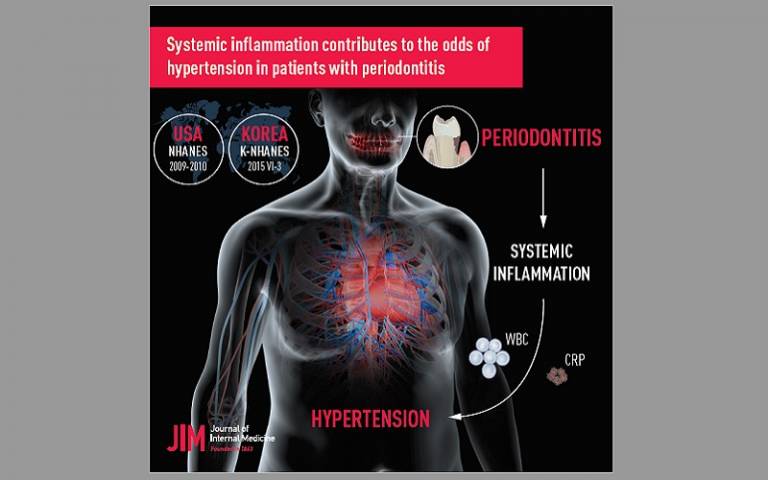 A new paper published by Dr Eva Muñoz Aguilera and colleagues has suggested systemic inflammation could be the link between gum disease (periodontitis) and high blood pressure (hypertension).

Previous research suggested a direct relationship between the two conditions, although the exact mechanism underpinning this remained unknown.

The new study looked at common inflammatory markers, C-reactive protein (CRP) and leukocyte counts (WBC) in almost a quarter of a million individuals.

Dr Aguilera said: “We analysed two large and representative surveys of the US and Korean populations looking at the association between periodontitis and hypertension.

“Periodontitis increased the odds of hypertension by up to 60% in both populations and this association was accompanied by raised levels of CRP and WBC.

“This suggests a possible time sequence: gum disease causing systemic inflammation which might in turn lead to high blood pressure.”

Professor Francesco D'Aiuto said: “It is our hope that the public and health professionals become aware of this association.

"Indeed, if proven causal, periodontitis treatment would represent a novel, non-pharmacological intervention in assisting hypertension management and its complications."

The group now plans a large interventional study to prove that the association between periodontitis and hypertension is causal whilst continuing to investigate the mechanisms behind the link. 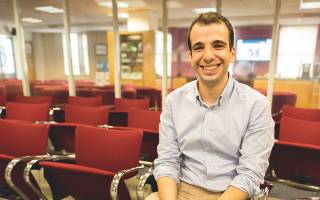 "We have had the opportunity to perform more advanced surgical procedures, hear from leaders in their field and to take an active leading role in research."
Richard Horwitz, Periodontology