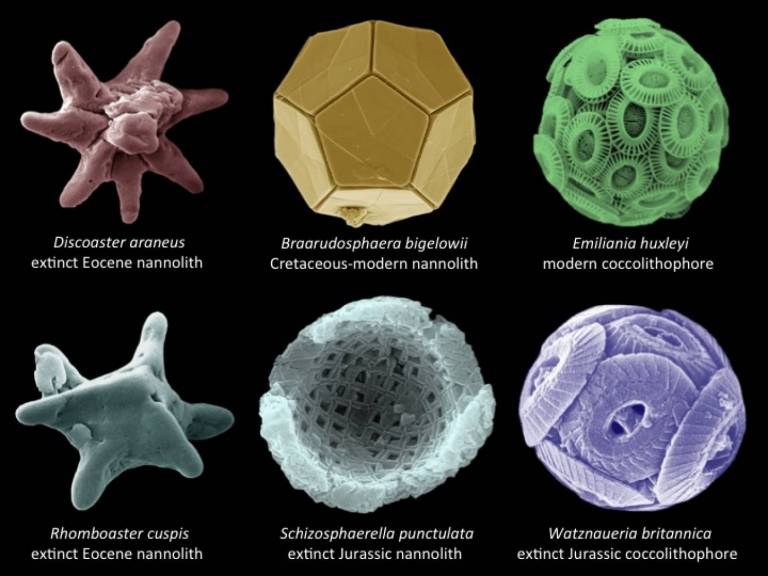 Though extremely small, calcareous nannoplankton are so abundant that they: 1) are visible from space as bright swirling blooms in the surface oceans, 2) form much of the calcareous ooze sediments that cover the modern ocean floors, and 3) make up the bulk of chalk and limestone rocks, such as the white chalk cliffs and downs of England. As well as the inherent beauty of the fossils and living coccoliths and coccospheres, they are of great scientific importance for a number of reasons, which include: 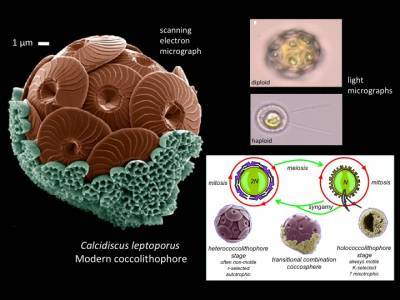 These organisms are phytoplanktonic algae (i.e., photosynthesising, floating and single-celled) and lie at the base of the ocean food chain, much as plants do on land. Descendants of these fossils still live in the oceans today and the dominant group is called the coccolithophores, a subgroup of the haptophyte algae. The fossil record contains many examples of these protective plates, called coccoliths, and even complete spheres, known as coccospheres. The strong similarity with modern coccoliths means we are confident that these fossils were produced by ancestors of modern coccolithophores (see images of Emiliania huxleyi and Watznaueria britannica, above), but there are also extinct types with weird and wonderful architectures that may or may not have been closely related to the modern forms (see images of Schizosphaerella and Rhomboaster above).