“Towards improving thickness retrievals from Cryosat.”

Towards improving thickness retrievals from Cryosat. 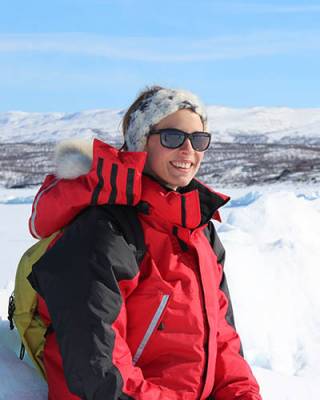 The CryoSat-2 mission is equipped with a Ku-band synthetic aperture radar altimeter to measure ice surface and open water elevations, from which the sea ice freeboard and thus thickness can be computed. In several studies, the main scattering horizon is assumed to be given by the snow-ice interface, however recent work suggests that one cannot rule out an influence of radar backscatter from the snowpack. Furthermore, inaccurate estimates for snow depth and density can lead to large biases in ice thickness calculation from hydrostatic equilibrium considerations. A critical question therefore is whether we possess a sufficient understanding of the spatial and temporal distribution and evolution of snow and if we are using that knowledge to the full effect in modelling and retrieval methods.