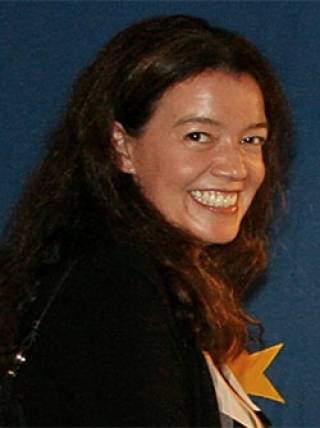 Bridget Wade joined UCL as a Professor of Micropalaeontology in 2013. She leads a research group of postdocs, PhD and MSc students in Cenozoic palaeoceanography and the palaeoecology of calcareous microfossils. Wade and her group use microfossils and their chemistry to determine patterns of evolution and extinction, marine temperatures, pH, productivity levels, global ice volume and sea level fluctuations. Her research has been international in scope, involving fieldwork in Europe, Africa, and the Caribbean/Gulf of Mexico. She participated as a shipboard scientist on Ocean Drilling Program Leg 199 (2001) and Integrated Ocean Drilling Program Expedition 321 (2009), as well as a site survey cruise (2009), onshore drilling by the International Continental Scientific Drilling Program at Chesapeake Bay Impact Structure (2005) and the Tanzania Drilling Project (2004).

External recognition is shown by her election as a Fellow of the Geological Society of America (2021) and a Fellow of the Paleontology Society (2014), the Charles Schuchert Award (2013), The Geological Society Bigsby Medal (2020) and Wollaston Fund (2012), the Alan Higgins Award from The Micropalaeontological Society (2011), and Hodson Award from the Palaeontological Association (2008) and a CAREER Award through the National Science Foundation's (NSF) Faculty Early Career Development (CAREER) Program (2009). She was an ECORD Distinguished Lecturer (2016-2017).

Current and recent grants include: