Bridget Wade joined UCL as a Professor of Micropalaeontology in 2013. She leads a research group of postdocs, PhD and MSc students in Cenozoic palaeoceanography and the palaeoecology of calcareous microfossils I study the fossil plankton and their chemistry and diversity to determine how the oceans have changed over the last 50 million years. They are beautiful and provide all sorts of information on ocean temperatures, pH, productivity, and evolution and extinction mechanisms. I’m particularly interested in how life responds to climatic change and what drives a species to extinction.

My undergrad degree was in Environmental Science at Leeds. As part of the course I had the opportunity to take modules in Earth Sciences, a subject I had no prior experience of, but these were the modules that I really enjoyed. I then did a masters in Micropalaeontology at UCL followed by a PhD at Edinburgh. Through my PhD I got involved in the Ocean Drilling Program (now International Ocean Discovery Program) and had the pleasure of twice sailing on ocean drilling expeditions in the Pacific Ocean, as well as a site survey expedition in the Indian Ocean. Being part of an international floating community engaged in a collective goal has been a particular high point. I found it really thrilling to see the cores being pulled up from the sea floor and then looking down the microscope at fossils that hadn’t seen the light of day since they died 30 million years ago. The species I work on are most abundant in the tropics, which means I’ve also had the privilege to undertake fieldwork in places including Tanzania, Mozambique and Trinidad.

I ended up focussing on the Oligocene, universally considered to be the most boring period of the Cenozoic, with the ugliest plankton. However, this also means that it has often been ignored, and many questions remain about climate evolution in this enigmatic interval. I recently received a NERC Large Grant to determine Oligocene climate and carbon cycle. I’m looking forward to starting this project next year, which also involves fieldwork in Puerto Rico.

By day, I most enjoy getting my wellington boots muddy, but by night, everything glitters when I go modern jive dancing. WiES is an excellent initiative, I’m really pleased it exists and happy to be part of it. 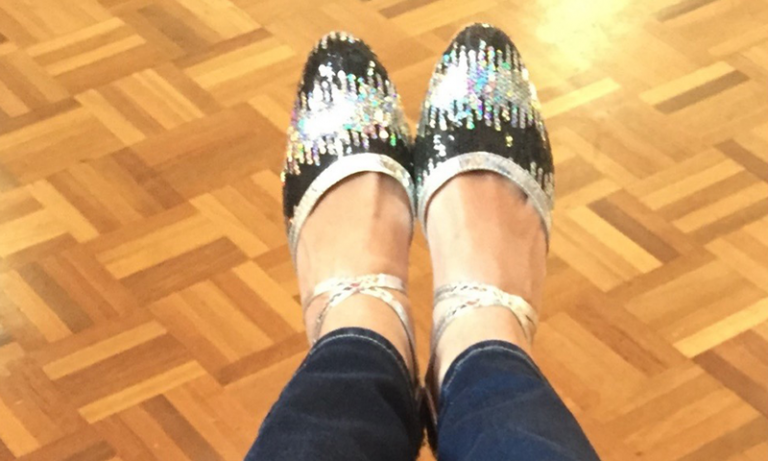