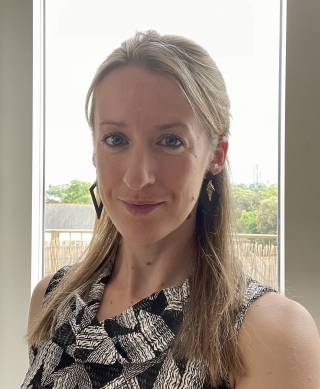 Volcanoes release vast quantities of ash, gas, and aerosols into the atmosphere, either during eruptions or through persistent open vent outgassing. These emissions pose significant societal, environmental and climatic hazards that operate over a range of timescales from days to decades. My research interests are diverse and inter-disciplinary across physical volcanology, volatile/trace element geochemistry and petrology, and volcanic hazard assessment. I seek to understand the magmatic processes and plume dynamics that govern the magnitude and impact of volcanic emissions: from the generation of volcanic ash during explosive eruptions and its transport in the atmosphere, to the geochemical controls on the outgassing of volatiles and trace elements. Developing creative aerial approaches using Unoccupied Aerial Systems (UAS or ‘drones') to investigate physical and chemical processes within otherwise inaccessible volcanic plumes is central to my research strategy.

The enigmatic volcanoes of the sub-Antarctic South Sandwich Islands hold important clues to the role of crustal thickness and subducted sediment supply on volatile recycling and chalcophile metal systematics in immature arc settings. The development of the South Sandwich volcanic arc over the past 10 million years has been closely linked with the formation of the Drake Passage, making this one of the youngest known volcanic arcs on Earth and therefore one of the most critical for understanding the early stages of arc geochemical evolution. The underlying crust is also exceptionally thin compared to arcs globally, consistent with its young age and extensional regime due to back-arc spreading. Satellite and in situ observations reveal persistent outgassing, punctuated by sporadic explosive emissions, is common to many South Sandwich volcanoes—particularly Mt Michael (Saunders Island), an archetypal open vent volcano. This research avenue stems from an expedition to the arc in early 2020 and the first results were published in Bulletin of Volcanology. You can also read more about the expedition in this accompanying blog post: Five hundred miles from civilisation: Exploring active volcanism in the South Sandwich Islands.

The project ENDEAVOUR: Environmental Impacts of Degassing and Eruptive Activity at Volcanoes along the South Sandwich Arc, supported by a National Geographic Explorer Grant, is currently ongoing with a return expedition planned to Mt Michael in November-December 2022.

Volcanoes emit large quantities of volatile trace elements to the atmosphere and surface environment, particularly during prolonged fissure eruptions. The trace element fingerprints of volcanic plumes provide fundamental insights into magmatic processes, such as sulfide saturation and degassing, and secondary processes such as lava-seawater interaction. Many volatile trace elements are also classified as environmental pollutants and therefore present a range of environmental hazards—particularly to air and water quality—with consequent impacts for health and agricultural practices within local communities. Volcanoes in different tectonic settings emit very different ‘fingerprints’ of metals and metalloids, related to factors such as oxidation state and initial volatile content (Edmonds et al., 2018; Nature Geoscience). Measurements of at-source and downwind plumes during the 2018 eruption of Kilauea, Hawai’i, revealed important aspects of how volcanic metals and metallioids behave in the atmosphere, and the processes that cause their deposition. These results were published in Communications Earth & Environment: Mason et al., 2021 and Ilyinskaya et al., 2021.

ABOVE: Aerial Observations of Volcanic Emissions

Volcanic emissions are a critical pathway within many geochemical cycles. The chemical and isotopic compositions of volcanic emissions provide important insights into the source(s) of emitted volatiles (i.e., mantle-, crust-, or slab-derived), as well as real-time indications of the conditions of magma storage and degassing. Measurements of volcanic gases at the surface are therefore critical to both volcano monitoring and to the robust quantification of global volatile budgets, and yet, volatile emissions to the atmosphere remain highly uncertain at many volcanic systems. Aerial measurements of volcanic gases using unoccupied aerial systems (UAS) transform our ability to measure and monitor plumes remotely and to constrain global volatile fluxes from volcanoes. ABOVE is an international interdisciplinary project across Earth Sciences and Engineering to develop long-range drone strategies that enable gas measurements at inaccessible, strongly degassing volcanoes (2018-2020). This project involved more than thirty collaborators from nine different countries: USA, UK, Italy, Sweden, Costa Rica, New Zealand, Germany and the Rabaul Volcanological Observatory in Papua New Guinea. Our findings were published in Science Advances, Frontiers in Robotics & AI and Atmospheric Measurement Techniques.

You can find out more about the project and our expedition in the documentary film ABOVE and Beyond—you can view the trailer below and there is a link to the full film (20 mins).