Research in the lab is dedicated to the very early stages of hearing, namely the process of mechanosensory transduction. Generally, sensory transduction describes the elementary conversion of an external stimulus into an internal electrical response. In the specific case of the mechanical senses this transduction is direct, with the stimulus (e.g. a sound-induced vibration) directly opening a transducer channel in the membrane of a mechanosensory cell. In marked contrast to the striking simplicity of this mode of activation, the search for the actual molecules that mediate mechanotransduction has proved to be surprisingly difficult. Neither in mice nor in men nor in fruit flies, has an auditory transducer channel been identified molecularly till this day. Again, our lack of molecular knowledge stands in stark contrast to a rather intimate understanding of the biophysical mechanisms underlying transducer activation. Recently, it could be shown that hearing in Drosophila relies on the very same biophysical principles as does hearing in vertebrates (like frogs and mice and men). Given its enormous genetic and experimental tractability, the fruit fly has thereby entered the race for the molecular dissection of hearing. By exploiting the fruitful interplay of experimental and theoretical approaches we are trying to eventually assign specific functions to distinct molecules within the auditory transduction chain. 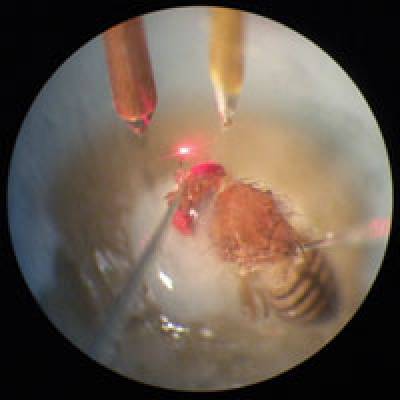 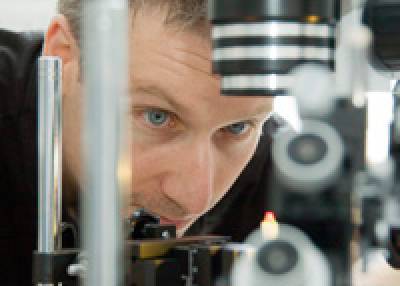