REDRESS is the result of collections-based research completed by Slade artists as part of UCL Art Museum’s 10th annual artist-in-residence programme and part of the museum's Curating Equality research project. Find out more about the history of the residency and this year's artists on this page.

The exhibtion ran alongside Disrupters and Innovators: Journeys in gender equality at UCL (2018-19) at UCL Octagon Gallery, responded to Prize & Prejudice (2018) that preceded Redress at UCL Art Museum and is part of the museum's Curating Equality family of projects.

The programme of events that accompanied this exhibition can be viewed here.

UCL Art Museum’s annual collaboration with the Slade School of Fine Art began in 2008 with a challenge to all current Slade students to develop their own practices, while taking the time to appreciate what has gone on before.

Over one term, artists are given special access to thousands of remarkable and historically important artworks from the Museum’s collections. During ten years this has resulted in extended collections-based research by over 100 resident artists – all of whom have revalued past masters to create contemporary works in a range of media, including painting, sound, video and performance.

REDRESS residencies were supported by proceeds from the sale of a print edition kindly donated by Paula Rego.

Slade prizes recognise the quality of a student's work and have been awarded annually by the Slade Professor since the School was established in 1871.

From 1897, the School retained the winning works and these now comprise the Slade Collections. Women have received recognition through the prize system on a relatively equal footing to their male counterparts, resulting in artwork by women comprising 45% of UCL’s Slade Collections.

The Slade's prize system includes awards for Figure Drawing, Figure Painting, Head Drawing, Head Painting and Summer Composition, with the Drapery Drawing Prize first appearing in 1918, and then intermittently until the 1950s. Drapery drawing has historically played an important role in artistic training, where it would have supported students’ ability in portraiture as well as the Summer Composition Prize, a more traditional painting prize, with set narratives derived from history, literature or the Bible.

Sophie Bouvier Ausländer and Naomi Siderfin's collaborative work The Tacit and The Tangible resonates with selected drawings from the Drapery Drawing Prize. Here ‘redress’ functions as a conceptual framework, with Siderfin addressing the more tacit practices of making, responding to drawings of women in action, to produce a series of performances (see programme), whilst Bouvier Ausländer dresses poses, expressions and narratives into new tangible artefacts, which are incorporated in turn by Siderfin. Developed in collaboration, their project prompts experimentation through the merging of archival, art and performance processes.

Curating Equality is an ongoing research project that explores the challenges around curating the hidden stories within our collections and creating environments that support innovation and equality. In recent years UCL Art Museum has undertaken a series of interdisciplinary collaborations that focus on women artists. These were preceded by research collaborations that focused on diversity and culminated in Black Bloomsbury (2013). New research is currently being developed with colleagues at the Slade and the Paul Mellon Centre for Studies in British Art for Slade 150 anniversary in 2021.

Other recent curating equalityprojects include: Prize & Prejudice (2018), Instruction and Access: Women in art education (2018), The Magic Fruit Garden (2018), Disrupters and Innovators: Journeys in gender equality at UCL (2018-19), Passing In: Access and influence in higher eduction (2018). 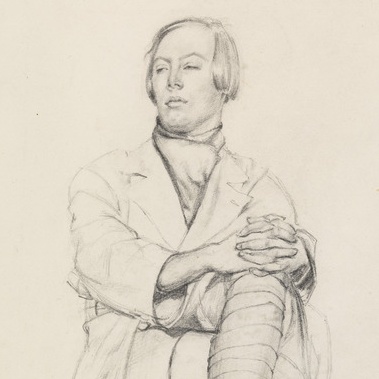