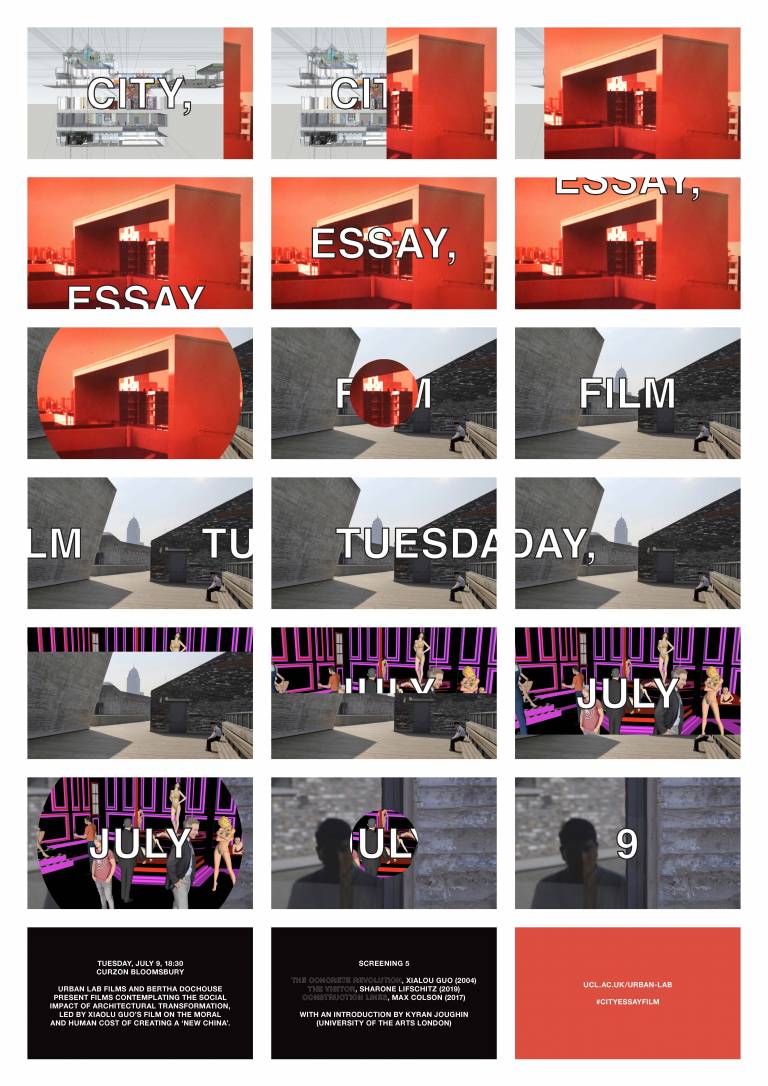 Urban Lab Films screen a collection of films reflecting on the social impact of architectural transformation as part of the City, Essay, Film series

This final screening presents a collection of works contemplating the social impact of architectural transformation, led by Xiaolu Guo’s brave and intelligent film on the moral and human cost of creating a ‘New China’ in The Concrete Revolution.

The screening is introduced by Kyran Joughin (University of the Arts London), a lecturer and researcher in film and time-based media, concentrating on the interaction between film, public art and architecture.

The films in this programme include:

Image: Still from The Concrete Revolution. Courtesy of Xialou Guo.