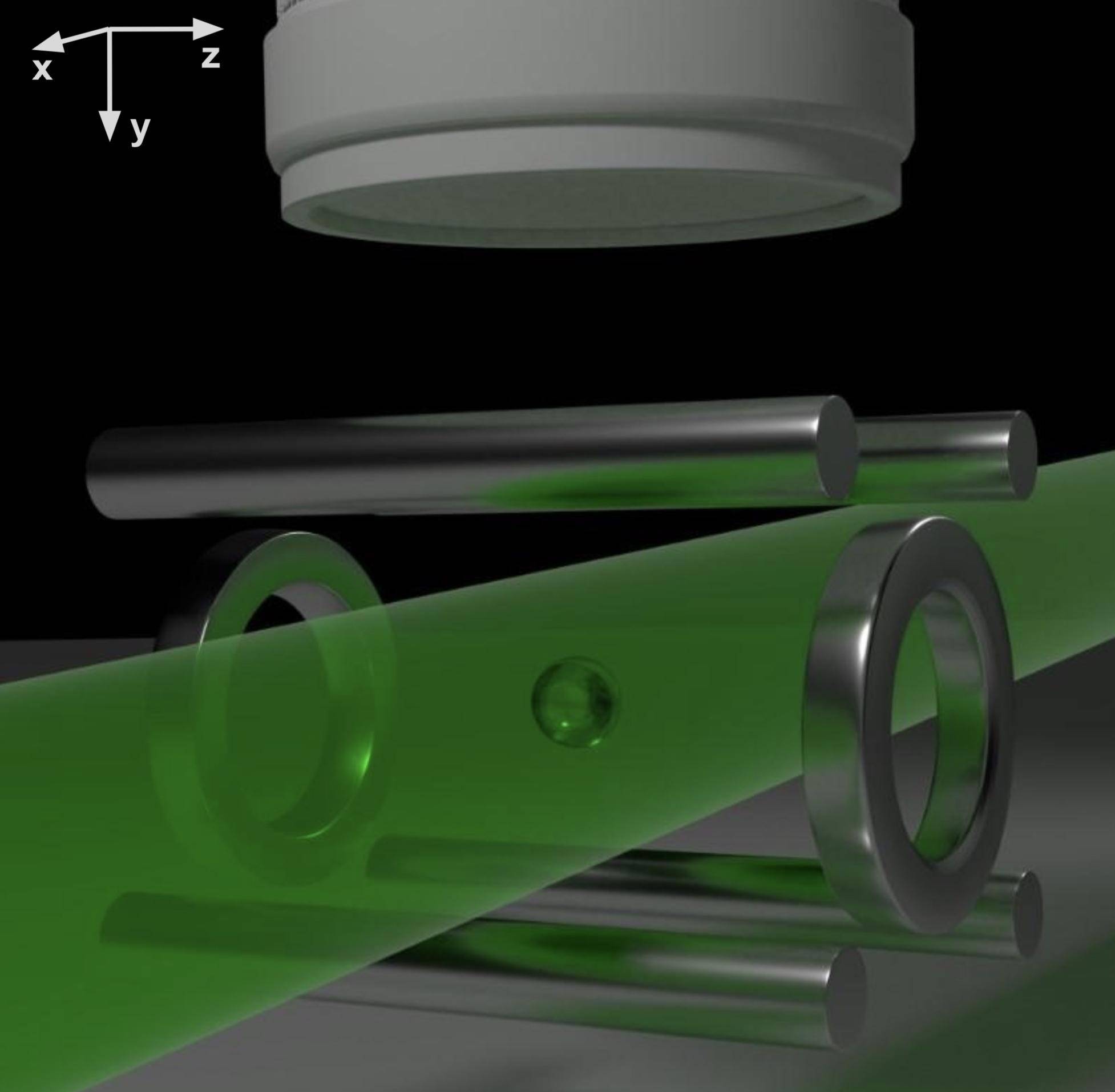 A silica nanoparticle is levitated in a linear Paul trap at high vacuum. The motion is detected by illuminating the particle with a wide green laser field and imaging the light scattered at 90◦

Project Outline: The search to understand the nature of the elusive dark matter in our universe, making up 85% of its mass, is amongst the highest scientific priorities around the world. Terrestrial experiments focus efforts on Weakly Interacting Massive Particles (WIMPs) with ultra-low background experiments, operating many tonnes of target mass in deep underground sites. Such experiments have swept the bulk of the available electroweak parameter space for WIMPs and in the next decade will approach an irreducible background from coherent scattering of neutrinos - indistinguishable from WIMPs. Internationally, efforts are ramping up to explore new avenues towards the first definitive detection of galactic dark matter: quantum technologies is an exciting new frontier that may provide the breakthrough.

Levitating nanospheres, opto-mechanically held with high precision, represent targets with unprecedented sensitivity to dark matter scattering. Our experimental setup holds a 150 nm quartz sphere, represented in Figure 1, and has recently indicated recoil sensitivity to local alpha-particle emission. In this project, we will investigate through the experimental facility and Monte Carlo simulations the sensitivity to neutron and gamma-ray sources as well. We expect that our target can discriminate between them whilst also providing directional information and sensitivity to free electrons. Such capability would be revolutionary in the global hunt for dark matter: sensing the direction of incoming particles lowers the number of events required for discovery dramatically and can penetrate the irreducible background from coherent neutrino scattering. Moreover, the system would be sensitive to a vast range of well-motivated low-mass WIMP and non-WIMP thermal relic dark matter candidates, as well as beyond the Standard Model and exotic neutrino physics, all of which have remained inaccessible to-date.

How to Apply: To apply for this project, applicants may choose either to apply through HEP or through AMOPP as preferred, stating an interest in the project within their application. Applicants from both streams will be considered equally for the position, so the choice of application route is normally determined just by the existing research interests and background of the applicant.