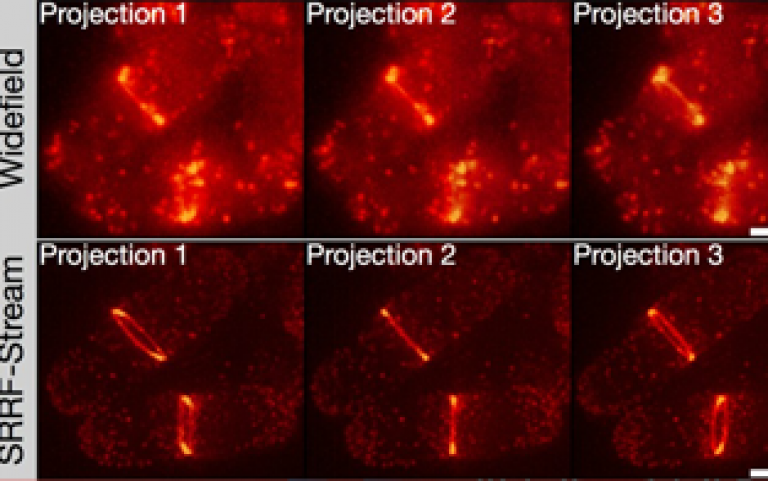 Beyond the diffraction barrier of light

The birth of microscopy in the 16th century led to the first 'wave of discovery': the existence of cells and their internal structures. However, fundamental properties of light impose limitations on light microscopes. These prevent scientists from accurately resolving structures smaller than 300 nanometers (nm) - which is just the size range of many cellular compartments, molecular complexes and viruses.

Recent advances in optics, computational data analysis and non-invasive labelling approaches have led to the development of super-resolution light microscopy, which overcomes this fundamental physical limitation. This allows researchers for the first time to visualise the dynamic behaviour of cells and organisms at near molecular scale resolution.

Today, not only has super-resolution microscopy brought optical resolution down to 20 nm, allowing studies at subcellular-scale detail, it has also become a vitally important tool in many applications. These range from the life sciences to chemistry and biomedical research, particularly in relation to the study of living cells and organisms.

SRRF - the new wave in microscopy

Now Dr Ricardo Henriques and his team at the UCL Quantitative Imaging and Nanobiophysics Group have developed Super Resolution Radial Fluctuations (SRRF), a pioneering algorithm to rapidly improve the resolution of images acquired through microscopy.

SRRF (read and pronounced as 'surf') is a new ImageJ based super-resolution approach that enables live-cell nanoscopy with conventional fluorophores in almost any fluorescence microscope.

While the algorithm is open source and publicly available, Ricardo and his team have worked in close collaboration with Andor Technology, who wanted to integrate this innovation directly into the data acquisition software for their microscopes, to make it easier for their user base to take advantage of this new approach.

In an agreement set up and managed by UCL Consultants (UCLC), members of Ricardo's group were able to provide advice to Andor to ensure that SRRF was implemented quickly and effectively in their processes. This lead to the launch of iXon SRRF-Stream, which provides real time super-resolution microscopy functionality for Andor's iXon Life and iXon Ultra cameras.

Ricardo, commenting on this exciting development, said, 'Having thoroughly tested SRRF-Stream in our own lab, we are very impressed by both the workflow and also the ability to now utilise larger fields of view for live cell super-resolution. By seamlessly combining the SRRF algorithm with the high-performance of the iXon, we have accomplished the world's first super-resolution camera for fluorescence microscopy.' 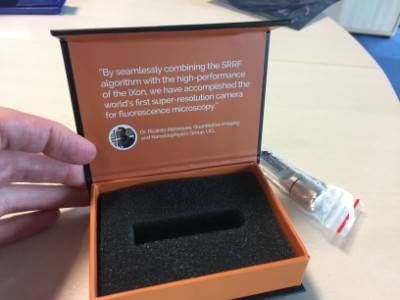 Dr Mark Browne, Director of the Systems Division at Andor Technology added, 'The recent development of the SRRF method from the Henriques laboratory has been of great interest to us, and it has been integrated with our camera technology to enable super-resolution microscopy. In collaboration with Ricardo and his team, we adapted and extended the SRRF method, to create the SRRF-Stream method to deliver real-time super-resolution fluorescence imaging. In the future, we expect to integrate this technology with many of our systems and to evolve it further in collaboration with the Henriques laboratory. We hope our fruitful relationship with Ricardo will continue, leading to further integration of selected developments from his laboratory into future Andor technologies and products.'