The rise of diabetes is one of the world's most serious health challenges. 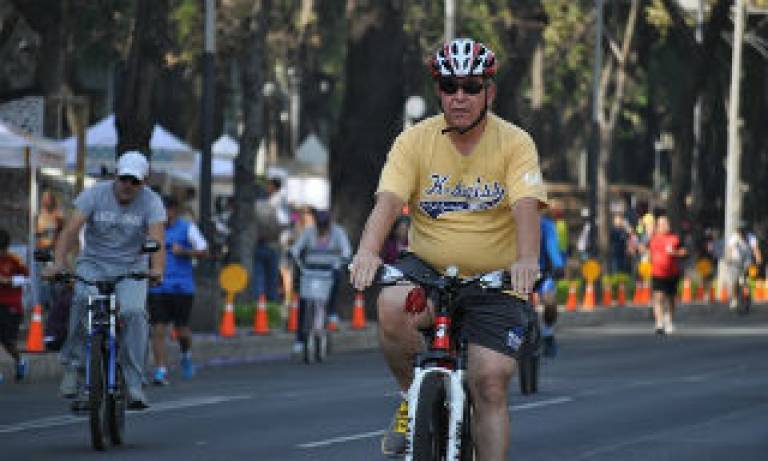 It's reckoned that by 2040 more than half a billion people will suffer from it. This startling increase has its roots in a number of causes, from rising wealth and increasing consumption to more sedentary.

However, it's the increase in diabetes in the world's cities and urban areas that present the most challenging aspect to global health. Today, nearly two-thirds of the 415 million people with diabetes live in cities. What's urban migration - especially to new and emerging cities - is a world-wide phenomenon. And those moving populations are far more exposed to the risk factors linked to type 2 diabetes.

Diabetes demands a new way of looking at an old problem

This programme is an ambitious global partnership. One that's committed to urgent action against urban diabetes. It's a first-of-its-kind partnership for cross-disciplinary, cross-sector collaboration. The programme was launched in Mexico City, Copenhagen, Houston, Tianjin, Shanghai and Johannesburg, with Vancouver who joined recently.

UCL's David Napier, Professor of Medical Anthropology in the UCL Department of Anthropology, is the global academic lead on this ground-breaking project. Professor Napier collaborates with a team of 75 fieldworkers as well as senior research staff in each country to gather data on the ground about diabetes epidemiology in urban environments. His involvement was facilitated by UCL Consultants - one of the UK's leading providers of academic consultancy services.

'We are delighted to bring our expertise to bear through supporting research that underpins Cities Changing Diabetes. We are gathering data across the globe, setting a baseline to the challenge of diabetes, and acting as a platform for future action,' says Professor Napier. 'What's more, this programme is unique because it goes into the field to gain real - not laboratory or experimental - insight, via real people, living real lives. Yes, all those involved have different cultures, different research foci, and different needs and priorities in our research. Yet we have all come together to do something really new in the academic world,' he adds.

We have to do something about it now

This pioneering programme maps the diabetes burden in order to share solutions and drive concrete actions in the participating cities. UCL, Novo Nordisk and Steno Diabetes Center collaborate with local partners. These include healthcare professionals, city authorities, urban planners, businesses, academics and community leaders, amongst others.

Professor Napier adds, 'Look at our habits in cities - we lead busy lives, commute long distances, eat poor foods, sit at desks and have few opportunities to exercise. The result? We put on weight. All of which makes us more vulnerable to diabetes. We understand the problems, causes, behaviours, biology, physiology and genetics but still the problem grows. We need a different approach to cast the net more widely. The key challenge is getting people to act. I believe this programme will be that catalyst of change.'

Meeting the diabetes challenge head on - in the cities

'The global diabetes epidemic is a catastrophe about to happen and no one concerned about health can be complacent about this,' says Lars Rebien Sørensen, chief executive officer, Novo Nordisk. 'Whilst there are many factors fueling the growth trajectory of diabetes, the most striking contributor is urbanisation and the growth of cities. The Cities Changing Diabetes programme is our call to arms for people around the world to join forces and work together to create cities which can help us live more healthy lives.'