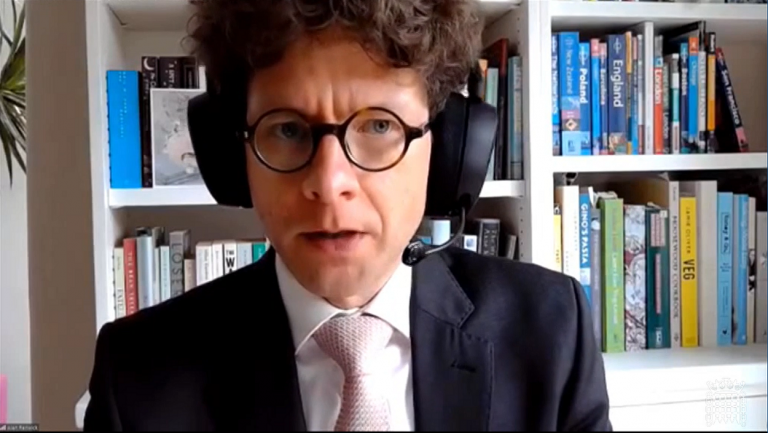 Commenting on the government’s proposed bill, Dr Renwick argued that the omission of provisions to protect democracy against misinformation is a serious concern. This issue was identified as a priority issue in the original Online Harms White Paper, published in 2019, but has since been dropped from the plans. Misleading and false information can lead to greater public distrust in democracy and its institutions, so it is important that there is a duty on digital platforms to not amplify false content which is harmful to democracy. While freedom of speech is fundamental to democracy and is rightfully protected in the bill, Alan Renwick argued, people should equally be protected from the dangers of misinformation. The bill needs to find a better balance between these two principles of democracy.

Building on the findings of the Unit report Doing Democracy Better, Dr Renwick suggested three ways to tackle misinformation which could be included in the bill. First, measures that seek to directly address misinformation online, such as removing particular content, adjusting algorithms so that misinformation and disinformation is less prominent, and rigorous fact-checking of material by politically impartial and independent organisations. Second, measures to promote media literacy among the population: while these are mentioned in the bill, detail is light, and it is difficult to see what shape such interventions will take. Third, ensuring that good quality, accurate information is available so that voters can make an informed choice at the ballot box.

Dr Renwick highlighted the importance of protecting democratic processes from disproportionate influence by ministers. Clause 33 of the bill gives the Secretary of State the power to direct changes in codes of practice issued by the regulator, Ofcom, to ensure that the codes reflect government policy. The government, he said, shouldn’t have such influence over the regulator. Dr Renwick recommended that parliament should set out the framework in primary legislation so that it can be properly scrutinised, and that Ofcom then operates independently within that framework. Important matters relating to democracy receive insufficient discussion in parliament: the draft bill is the first time in 18 years such legislation on communications has gone through parliament.