Unit in the news: Brexit, citizens' assemblies and a new Conservative leader 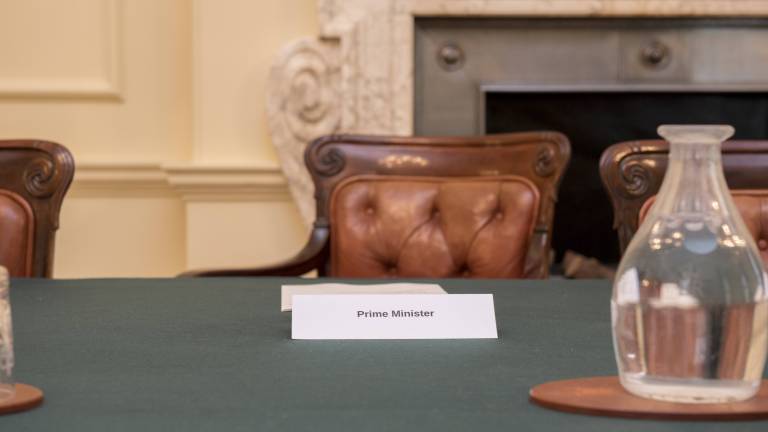 Constitution Unit members have appeared frequently in the media in recent months to discuss the ongoing Brexit process, citizens’ assemblies, and the election of a new Conservative leader.

Following the extension of Article 50, the UK held European elections on 23 May. Alan Renwick appeared on Sky News’s All Out Politics on the day to discuss the voting system. The next day, Meg Russell appeared on the Austrian programme ZIB 1 (24 May) to discuss the results. Analysis from Alan Renwick’s blogpost was cited in Politics.co.uk ’s breakdown of the results (31 May).

The Conservative Party leadership election has raised a number of important constitutional questions. Members of the Unit have commented on the implications of attempts to prevent a no-deal Brexit. Such as the likelihood of prorogation and the Queen’s role in British politics.

Meg Russell appeared on BBC News (18 June) to discuss amendments tabled by Dominic Grieve, Hilary Benn and David Anderson, aiming to block a new prime minister from proroguing parliament in order to force through a no-deal Brexit against the wishes of parliament. She appeared on BBC Radio 4’s PM (11 June) to explain the use of opposition day motions to prevent no-deal. She discussed the process of appointing a new prime minister and possible votes of confidence on The World Tonight (24 June). Meg was also interviewed on Austrian television (7 June) on the subject of the leadership race.

Meg Russell and Robert Hazell co-wrote a blogpost addressing six key constitutional questions that were raised as the leadership race continued. Their analysis formed the basis of an Observer piece (30 June) and was subsequently picked up by the Evening Standard the Financial Times, Prospect, the Spectator, and Bloomberg among others. For a full list of mentions below:

On 17 June, the Unit ran an event on the election of party leaders “Who should pick party leaders: MPs, members or a wider public?”.  You can watch a video of the event here.

We’ve seen a huge increase in the discussion of citizens' assemblies in the last few months. Advocates argue that they could help politicians to make progress on issues currently facing deadlock in parliament, such as climate change and Brexit, as well as constitutional questions in Scotland and Wales. The Unit’s ongoing work on deliberative democratic processes and its past work on the Citizens’ Assembly on Brexit (CAB) has been regularly cited.

On climate change, Extinction Rebellion highlighted the Unit's CAB and the 2015 Citizens’ Assembly on English Devolution as exemplars.

As part of his leadership bid Rory Stewart called for a parliament backed Citizens’ Assembly on Brexit and mentioned the Unit on the Andrew Marr show (16 June).

The Unit ran an event on citizen’s assemblies, “Citizens’ Assemblies: What are they good for?”, on 1 July. Watch a video of the event here.

The Unit’s research on the role deliberative processes in improving democratic discourse continues to attract interest. In an interview for OpenDemocracy (19 May), Professor Graham Smith (University of Westminster) drew heavily his experience at the CAB, in explaining why citizens’ assemblies could help foster ‘considered judgement’ in politics. Meanwhile, an article for the UC Berkeley magazine (2 July) also drew on the CAB experience in suggesting that citizens’ assemblies could help deal with political polarisation.

In recent months, the Scottish government has been particularly active in this area. Addressing this, Alan Renwick wrote a piece for the Scotsman (6 May) on the benefits of a multi-stage referendum process on Scottish independence. Drawing on Alan Renwick and Michela Palese’s Doing Democracy Better report, an Institute for Government post (28 June), suggested that a Scottish Citizens’ Assembly might help compile and publicise information to inform voters before a second independence referendum.

Meanwhile, the recommendations of the Independent Commission on Referendums continue to have political impact. The report was mentioned in a House of Lords debate on Referendums (13 June) as well as in the Scottish Government’s Policy Memorandum on the Referendums Bill.