Thank you very much for your interest in the Exenatide-PD3 trial. Recruitment is now closed. 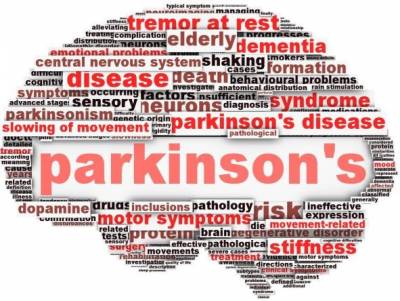 Exenatide is a licensed, safe and effective treatment for patients with diabetes mellitus. Laboratory work has shown strong, reproducible evidence that this drug has beneficial "disease modifying" effects when given to animals with a range of experimental models of Parkinson's disease (PD).

This trial aims to confirm the initial results seen with Exenatide treatment in the pilot study. The trial will be a randomised, double-blind design. Two hundred patients with PD will be recruited and randomised to receive Exenatide or placebo injections once weekly. The drug/placebo will be given as a once weekly 2 milligrams injection under the skin in a similar way to one of the conventional "symptomatic" treatments for PD (Apomorphine).

Detailed assessments will be made of all patients at baseline and periodically for a total of 96 weeks.

Aside from these assessments, all patients will continue their regular PD medications throughout the trial with adjustments made only according to clinical need. At 5 of the study visits participants will be asked not to take their medication for 8-36 hours prior to the visit.

Who is organising and funding the research?
This research is being funded by the National Institute Health Research Efficacy and Mechanism Evaluation (NIHR-EME) Programme (grant number 16/167/19). The trial is being co-ordinated by University College London Comprehensive Clinical Trials Unit. The doctors looking after you are not being paid for including you and have no conflicts of interest.

Please find the eligibility criteria for EXENATIDE-PD3 below:

Professor Foltynie is the Exenatide-PD3 Chief Investigator, he is a Professor and Honorary Consultant Neurologist in the Unit of Functional Neurosurgery at UCL Institute of Neurology and the National Hospital for Neurology and Neurosurgery since May 2008.

He trained in medicine at UCL, qualifying in 1995 then working in Addenbrooke's Hospital, in Cambridge. From 1999 to 2003, he undertook his PhD in Cambridge looking at the heterogeneity of Parkinson's disease, describing differences in cognitive abilities between patients under the influence of various genes including COMT and BDNF, and Tau. He finished his neurology training between Addenbrooke's Hospital and the National Hospital for Neurology and Neurosurgery in London. While working in London with Dr Limousin, he has developed his interest in Deep Brain Stimulation for Parkinson's disease and has developed collaboration between Parkinson's disease investigators in Cambridge and London.

He is now evaluating factors underlying the heterogeneity of response to Deep Brain Stimulation (DBS), in addition to developing other innovative treatments for Parkinson's disease. These include leading a randomised trial of the GLP-1 receptor agonist Exenatide as a treatment for PD, and UCL's lead for the forthcoming EU sponsored cell transplantation trials for PD. Dr Foltynie is also responsible for patients having DBS for non-PD pathologies at Queen Square including Tourette syndrome and Cluster headache.

His research interests are Parkinson's disease, Deep Brain Stimulation (DBS) and the development of novel treatments for PD; in particular genetic factors that influence treatment response.

Kate graduated from UCL with a PhD in biochemistry in 2009 and went on to spend three years at Barts Health NHS Trust as a Trainee Clinical Scientist.  Following this, she moved into clinical research, taking on the role of Research Coordinator of GIFTS, an EU FP7-funded programme investigating the role of foetal programming in diabetes in South Asians.

Remaining within the field of women's health research, Kate joined the Comprehensive Clinical Trials Unit at UCL in 2013 as the Trial Manager for ASPRE, an international, randomised controlled trial, investigating the use of aspirin in preeclampsia prevention.

In April 2015, Kate was promoted to Clinical Project Manager. Her role entails early-stage trial development, project management of a range of clinical trials over a variety of therapeutic areas and she is also taking the lead on investigational medicinal product within the unit

Grace graduated from UCL with an MSc in Experimental Medicine in 2013. After completion of a laboratory project looking at cirrhotic liver disease in 2014, she went on to work as a Research Assistant in Rheumatology at Guys Hospital. Following this Grace spent a year running hyper-acute interventional research in Stroke at The Royal London Hospital.

Grace returned to UCL in 2016 to set up and manage a National programme of research in Cardiovascular Disease. In June 2019 she joined the UCL Comprehensive Clinical Trials Unit as the Trial Manager for Exenatide-PD3.

EXENATIDE-PD3 is a multi-centre clinical trial being led from the National Hospital for Neurology and Neurosurgery (NHNN).

The NHNN, Queen Square, is the UK's largest dedicated neurological and neurosurgical hospital. It provides comprehensive services for the diagnosis, treatment and care of all conditions that affect the brain, spinal cord, peripheral nervous system and muscles. Services include specialist neurosurgery, a brain tumour unit, the Hyper-acute Stroke Unit (HASU), an acute brain injury unit, the National Prion Clinic, a pioneering neuro-rehabilitation unit, the UK's first interventional MRI scanner, the largest specialised neurosurgical ITU and the only neuromedical ITU in the country. Together with its neighbour, the UCL Institute of Neurology, it is a major international centre for research and training.

The National Institute for Health Research Efficacy (NIHR) and Mechanism Evaluation (EME) programme funds ambitious studies evaluating interventions with potential to make a step-change in the promotion of health, treatment of disease and improvement of rehabilitation or long-term care. Within these studies, EME supports research in the mechanisms of diseases and treatments. EME is a partnership between the Medical Research Council and the National Institute for Health.

Following encouraging results recently published in the Journal of Clinical Investigation describing the progress of a cohort of patients treated with Exenatide for their Parkinson’s disease (PD), NIHR EME has awarded a grant of £2.3 million to Professor Tom Foltynie to pursue this avenue of research.

The Comprehensive Clinical Trials Unit (CCTU) at UCL will design, conduct, analyse and report high quality clinical trials and other well designed studies that fit with the research strategies of UCL and UCL Partners.

In pursuit of this Mission, the UCL Comprehensive Clinical Trials Unit will:

The UCL CCTU will accomplish its mission through CCTU staff and collaborators supporting adoption of its policies and procedures.

You can find more information about the CCTU in our website.