A team of researchers from UCL EPICentre, in collaboration with the University of Moratuwa Sri Lanka (UoM-SL), carried out a survey of hospitals along the South Coast of Sri Lanka – the region severely hit by the 2004 Indian Ocean Tsunami. 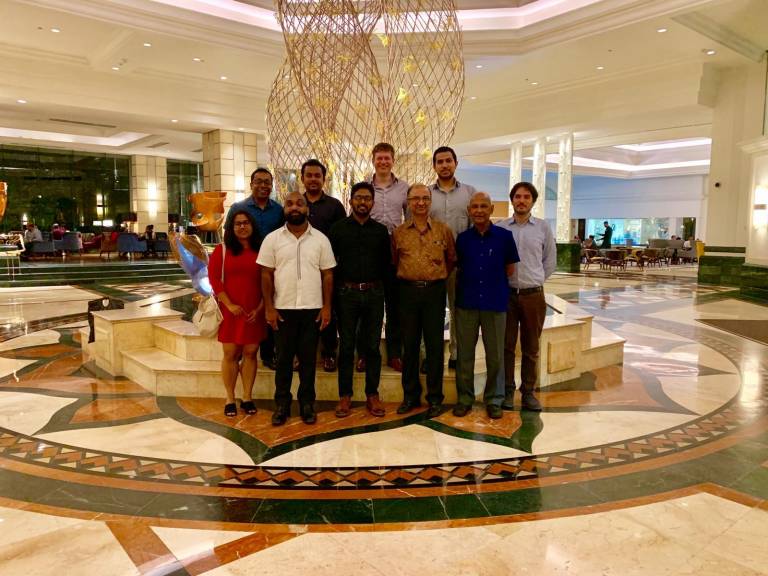 The fieldwork activity is part of the ‘Hospital Engineering Assessment for Resilience to Tsunami and Storm surge - Sri Lanka’ (HEARTS-SL) project, funded by the Global Challenges Research Fund (GCRF).

EPICentre, a cross-Faculty research centre at UCL, includes a number of Civil, Environmental and Geomatic Engineering (CEGE) academics and researchers, including Professor Tiziana Rossetto as Co-Director. Prof Rossetto is Principal Investigator for the HEARTS-SL project, and alongside Co-Investigators Dr Carmine Galasso (also CEGE) and Prof Ian Eames (UCL Mechanical Engineering), intends to develop through HEARTS-SL an evidence base on the vulnerability of hospitals in Sri Lanka to tsunamis and storm surges. The aim is to open up discussions with the Sri Lanka Ministry of Health (SL-MoH) and other key stakeholders on how to improve the hazard resilience of critical hospital services.

SL-MoH, in collaboration with World Health Organization (WHO), is working to better prepare the health sector for emergencies, through the development of a comprehensive national disaster management plan. HEARTS-SL will strengthen current initiatives that include the adaptation of WHO “Safe Hospital” guidelines for Sri Lanka, conducted by the University of Moratuwa in collaboration with SL-MoH Disaster Preparedness and Response Division (DPRD).

A bespoke Rapid Visual Survey (RVS) form was used for characterising existing hospital facilities, in terms of their functional and structural vulnerabilities to tsunami and storm surge.

A team of researchers from UCL EPICentre (Dr Marco Baiguera, Dr David Robinson and Mr Juan Palomino) in partnership with a team of graduate researchers (led by Dr Chandana Siriwardana, UoM-SL), visited six hospitals in Galle and Matara districts between 8 and 12 April 2019.

The survey, authorised and supported by SL-MoH DPRD, focused on the most critical hospital units that have priority for evacuation in case of a disaster according to SL-MoH, such as the Intensity Care Unit (ICU), Premature Baby Unit (PBU), labour rooms and maternity ward.

The survey data will inform the development of a Hospital Vulnerability Index, which will provide a relative risk measure of the healthcare system to tsunami and storm surge.