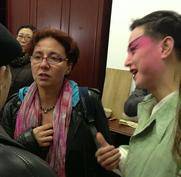 Patrizia Liberati graduated in Chinese studies from SOAS in 1990. Since then she has lived in Beijing, and for the last twenty-six years she has been working for the Cultural Office of the Italian Embassy. She holds an MA in Comparative Theatre Studies from the Chinese Central Academy of Drama. Patrizia lectures in Chinese film and the body at Peking University Medical School, and for two years running, she has organised film showings and directors' Q&A sessions for Peking University Medical Humanities Week.

She is consultant and lead lecturer on the unique course Chinese Film and the Body offered on our MA programme, China: Health and Humanity.

During 2012 she was the main consultant on the Centre's response to UCL's Grand Challenges programme. We showed four films related to the UCL Grand Challenges themes: Gu Changwei's Love for Life, Gu Chuan's Kekexili, Wei Te-sheng's Warriors of the Rainbow, and Zhang Meng's The Piano in the Factory, with Q&As with the directors. For UCL's 2013 Festival of the Arts, on 14th May, she arranged a showing of Xu Haofeng's The Sword Identity, followed by a discussion with the director about the changing representation of the body in martial arts films.

Patrizia is also an award-winning literary translator, best known for her translations of the novels of Nobel laureate Mo Yan 莫言. 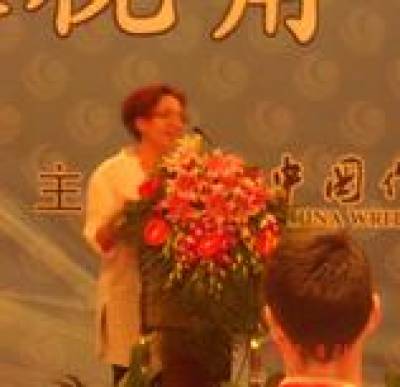