In the context of the UCL initiative for the creation of a Chinese Medical Humanities, on the 22nd and 23rd February,2014, the collaborate workshop (with Peking University [PKU] Institute of Medical Humanities and King's College London [KCL]) convened international experts to reflect on the use of film in teaching the Medical Humanities. 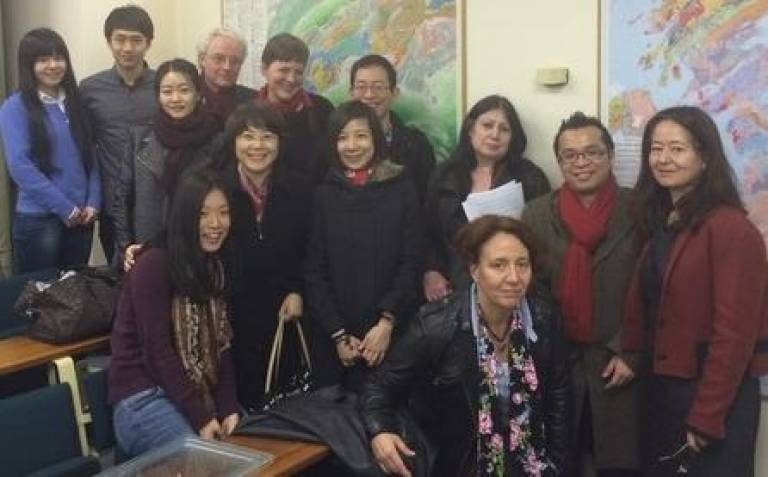 Building on the experience of an existing UCL/PKU course on Film and the Body taught together with experts across the three institutions, we explored the potential of film for speaking to the challenges of the discipline. The workshop anticipates a larger conference to be held across the institutions involved, looking at the future of the teaching of Medical Humanities in and about China and what it can contribute to the wider field.* It is envisaged that the proceedings of both workshop and conference will generate publications and online open access teaching materials.

6.00: The Comodified Body: Prostitution in Amoy
Patrizia Liberati presents Chang'e嫦娥 (Sauna on the Moon), directed by Zou Peng, 2011. This film has not passed the Chinese censors and is shown with special permission of the directors and distributors.

5.15 Roundtable: On the role of film in translating the MHs into practice
Chair: Asher Tlalim (NFTS)