Festival of Chinese Film and the Body 2012

Running up to Chinese New Year 2013, the UCL China Centre for Health and Humanity presented a season of recent Chinese films related to the UCL Grand Challenges themes: Global Health, Intercultural Interaction, Sustainable Cities and Human Wellbeing. The screenings were presented by three film specialists, and many of them featured live online Q & A sessions with the directors.

Most CCHH film screenings and other special events are open, free of charge, to registered Friends of UCL CCHH. To become a Friend, please click here.

The Festival formed part of the CCHH MA course Chinese Film and the Body, 2012-13.
For details of the current MA module, please click here.

Northern China, the early 1990s, winter. Due to the illegal trade in blood run by Zhao Qiquan, a village has been badly hit by AIDS. Zhao's father, former schoolteacher Old Zhuzhu, makes amends to the villagers and vows to look after them in the deserted old school. Zhuzhu's younger son Deyi has also been infected. Two weeks later the group is joined by Shang Qinqin who contracted the virus when selling blood to buy some cosmetics. In mid-winter the members of the group go back to their homes, but are treated as 'untouchables' by their fellow villagers. Left alone, with nothing to lose, Deyi and Qinqin become lovers and move to live together on the edge of the village. As their love for each other deepens, they hear that more and more of the infected group are dying.

This is the first film on the AIDS epidemic shot in China. It is based on the novel Dream of Ding Village (tr. Cindy Carter, Grove Press, 2012) by Yan Lianke, who joined the scriptwriting team under the pseudonym of Yan Laoshi. Although the script has been modified many times to accommodate the requirements of censorship, the film remains a dramatic account of the life of Chinese people dealing with the 'new plague'.

Also clips from: Together 在一起 (Zhao Liang 趙亮, 2011), a documentary on the making of Love for Life showing how people live with AIDS in China, and To live is better than to die 好死不如赖活着 (2003), a powerful documentary shot by Chen Weijun 陈为军, who spent a year with the Ma family in the village of Wenlou in Henan province, where 60% of the residents have been infected by the virus.

Depicting a little-known episode of 20th century history, the Wushe Incident in Taiwan, this is the story of the rebellion of a coalition of local indigenous tribes led by the Seediq chief Mouna Rudo against the Japanese forces in 1930. During the Japanese occupation of the island, the warrior clans living in the Qilai mountains are reduced to forced labour and total submission. Exploiting the Seediq Bale belief in a male rite of passage which involves young warriors bathing their hands in the blood of their enemies, the chiefs convince the members of their clans to put up a courageous fight against the Japanese occupiers. During the partially successful uprising, they hold out for 50 days but are finally defeated by a foreign army vastly superior in numbers and employing mortars, airplanes and poison gas. The surviving 300 warriors are then relocated and still have never been able to return to their homeland.

An interesting representation of the spiritual beliefs of a headhunting tribe in Taiwan, this film, seen by some as 'steeped in mysticism, tribal folklore and Asian machismo', nevertheless tries to give an account of the indigenous subjective perspective on an historical incident, albeit with some inaccuracies and a simplified understanding of the tribal politics involved.

Introduced by Dr Michael Clark (King's College, London)
Dr Clark will screen sections of the following films that represent some of the larger issues thrown up by China's very rapid urban development.
Q and A with Zhang Meng 张猛 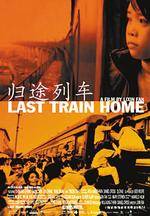 This film documents the largest world migration of modern times, the annual return for the Chinese New Year of migrant workers to their home towns and villages and to the families they have left behind. Nearly every worker has abandoned children, parents or grandparents in the attempt to build a better future for them, in the fast-paced society that discards traditional ways in a rush towards modernity and global economic power. The story follows the Zhangs, who 16 years before left their infant children behind in Sichuan, and now return from Guangzhou to find a family grown distant and an unhappy teenage daughter longing to leave school and family for the precarious life of an unskilled worker in the big city. 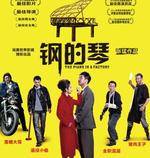 In the north-eastern city of Anshan in the early 1990s, an ex-steel factory worker, scraping a living as an accordionist in a band that plays at marriages and funerals, decides to make a piano from scratch for his music-loving daughter. He commandeers the shuttered factory's resources as well as the help of various mates made redundant in a new economy drive to accomplish the task.
This tragicomic depiction of life on the margins of the bleak industrial wasteland of north-eastern China portrays with humour and affection the psychology and misadventures of people living at the bottom of the income pyramid in an old industrial community. A tale about a scrappy band of misfits united by an impossible cause, punctuated by a hilarious soundtrack of Cold-War-era Soviet pop songs as a satirical motif, this is a lovely story with great visual appeal.

Hello Mr. Tree is a dark fable of greed and guilt told in an absurdist key. It weaves the strange fate of a misfit into the backdrop of a rural community which is being ruthlessly uprooted by a private mining venture. Shu ('tree' in Chinese) is a motor mechanic in a small village in the north-eastern province of Jilin. Obsessed by memories of his dead father and brother, Shu becomes incapable of separating dreams and hallucinations from reality. He refuses to move even after the entire village has been lured into resettlement. But in an ironic twist, some of his visions come true and he is revered as a prophet.
In most inland cities in China, as cities rapidly spread across the land, urbanization feeds on the development of natural-resource-based industries, engulfing the rural areas and challenging the lives and values of the local people. 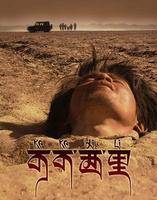 In China's biggest 'no man's land' - a visually astounding and environmentally harsh wilderness that stretches over 45,000 square kilometres - we witness the true story of a Beijing photojournalist sent to report on the poaching of indigenous antelopes by local Tibetans, who have just killed a patrolman. A group of Tibetan volunteers band together in 1993 to patrol the Kekexili region of Tibet and ward off poachers but can only issue fines and confiscate pelts, which they then have to sell on the black market to support the patrol. When another patrolman is found murdered, they step up the chase and capture a group of men who work for the poachers as skinners, not ruthless or evil criminals but ordinary people who have only this as a means of sustenance. This is a powerful tale of the struggle for survival set against the backdrop of the bleakly beautiful Qinghai-Tibetan Plateau.
Based on the tension and circumstances that surround China's control of Tibet, with the interesting note of the participation of the official Chinese press reporting the original true story, director Lu Chuan gives us a multifaceted account of a controversial reality.