The Chemistry Department at UCL has hosted a number of Nobel Laureates at various points in their distinguished careers. Here we give tribute to a selection of them.

The Nobel Prize in Chemistry is awarded annually by the Royal Swedish Academy of Sciences to scientists in the various fields of chemistry. It is one of the five Nobel Prizes established by the will of Alfred Nobel in 1895, awarded for outstanding contributions in chemistry, physics, literature, peace, and physiology or medicine. This award is administered by the Nobel Foundation and awarded by Royal Swedish Academy of Sciences on proposal of the Nobel Committee for Chemistry which consists of five members elected by Academy. The award is presented in Stockholm at an annual ceremony on December 10, the anniversary of Nobel's death. 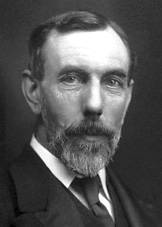 The Nobel Prize in Chemistry 1904 was awarded to Sir William Ramsay "in recognition of his services in the discovery of the inert gaseous elements in air, and his determination of their place in the periodic system".

Ramsay moved to the Chair of Inorganic Chemistry at University College, London, in 1887 a post which he held until his retirement in 1913. Ramsay's earliest work was in the field of organic chemistry but it was in inorganic chemistry that his most celebrated discoveries were made.

As early as 1885-1890 he published several notable papers on the oxides of nitrogen and followed those up with the discovery of argon, helium, neon, krypton, and xenon. Led to the conclusion by different paths and, at first, without working together, both Lord Rayleigh and Sir William Ramsay succeeded in proving that there must exist a previously unknown gas in the atmosphere. They subsequently worked in their separate laboratories on this problem but communicated the results of their labours almost daily. At the meeting of the British Association in August 1894, they announced the discovery of argon.

While seeking sources of argon in the mineral kingdom, Ramsay discovered helium in 1895. Guided by theoretical considerations founded on Mendeleev's periodic system, he then methodically sought the missing links in the new group of elements and found neon, krypton, and xenon (1898). 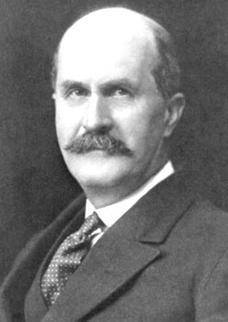 The Nobel Prize in Physics 1915 was awarded jointly to Sir William Henry Bragg and William Lawrence Bragg "for their services in the analysis of crystal structure by means of X-rays".

Bragg came to UCL in 1915 where he was appointed as Quain Professor of Physics, a post he held simultaneously with the Fullerian Professor of Chemistry at The Royal Institution.

His research interests embraced a great many topics and he was an adept at picking up a subject, almost casually, making an important contribution, then dropping it again. However, the work of Bragg and his son Lawrence in 1913-1914 founded a new branch of science of the greatest importance and significance, the analysis of crystal structure by means of X-rays. If the fundamental discovery of the wave aspect of X-rays, as evidenced by their diffraction in crystals, was due to von Laue and his collaborators, it is equally true that the use of X-rays as an instrument for the systematic revelation of the way in which crystals are built was entirely due to the Braggs. This was recognized by the award of the Nobel Prize jointly to father and son in 1915. 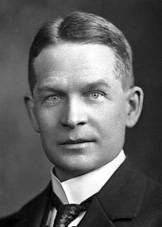 The Nobel Prize in Chemistry 1921 was awarded to Frederick Soddy "for his contributions to our knowledge of the chemistry of radioactive substances, and his investigations into the origin and nature of isotopes".

Soddy worked with Sir William Ramsay at UCL between 1903 and 1904 where he studied the gaseous emanation of radium. Here, Soddy and Ramsay were able to demonstrate, by spectroscopic means, that the element helium was produced in the radioactive decay of a sample of radium bromide and that helium was evolved in the decay of emanation.

The Nobel Prize in Chemistry 1944 was awarded to Otto Hahn "for his discovery of the fission of heavy nuclei".

Hahn worked under Sir William Ramsay at UCL from the autumn of 1904 to the following summer and his work here was rewarded by the discovery of a new radioactive substance, radiothorium, while working on the preparation of pure radium salts. 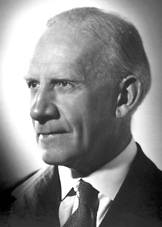 The Nobel Prize in Chemistry 1947 was awarded to Sir Robert Robinson "for his investigations on plant products of biological importance, especially the alkaloids".

Robinson became a Professor at the University of London in 1928, where he stayed until 1930. 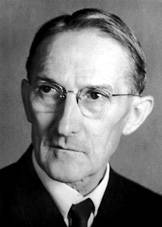 The Nobel Prize in Chemistry 1959 was awarded to Jaroslav Heyrovsky "for his discovery and development of the polarographic methods of analysis".

From 1910 to 1914 Heyrovsky studied Chemistry at University College, London, under Professors Sir William Ramsay, W.C.Mc.C. Lewis and F.G. Donnan, taking his B.Sc. degree in 1913. He was particularly interested in working with Professor Donnan, on electrochemistry. During the First World War Heyrovsky did his war service in a military hospital as dispensing chemist and radiologist, which enabled him to continue his studies and to take his Ph.D. degree in Prague in 1918 and D.Sc. back at University College London in 1921. He was elected Fellow of University College London in 1927.

The Chemistry Department at UCL has hosted a number of Nobel Laureates at various points in their distinguished careers. Here we give tribute to a selection of them.

Available to download in pdf format - we hope this newsletter gives a flavour of the exciting chemistry and family atmosphere achieved in the department.