Following her PhD in cancer immunology, Lucia joined the group to explore the molecular basis of sarcoma using in vitro cellular models.

She has been working on the identification of novel therapeutic agents for chordoma, with a specific focus on drugs that target the epigenetic regulation of cancer cells. She is also investigating the functional impact of genetic alterations which are found in osteosarcoma, utilizing cellular models and genome editing techniques such as CRISPR/Cas9.

This work is funded by The Chordoma Foundation. Currently working on a project aimed at developing a blood-based test for detection of small tumour-derived fragments (known as circulating tumour DNA or ctDNA) in the blood from osteosarcoma and chordoma patients. Tumours shed small pieces of DNA into the bloodstream, and by looking for osteosarcoma and chordoma tumour-specific markers/tags we can measure the levels of tumour DNA in the body. This will be the first step towards applying circulating tumour DNA analysis to monitor disease status, response to neoadjuvant therapies, and to detect residual disease in patients with osteosarcoma and chordoma. Ultimately, this will provide a more personalised treatment for patients, detect relapse early using a non-invasive simple blood test and provide more accurate prognoses. An added benefit of such tests would subsequently result in a reduction in the schedule of often inconvenient and expensive medical imaging that patients undergo for surveillance.

This work is funded by the Tom Prince Cancer Trust. 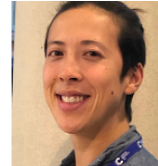 Inga is a clinical PhD student whose research is focussed on the genomics of chordoma. She is an aspiring spinal surgeon and has helped establish the UK National Chordoma Cohort Study. She is using the CRISPR / Cas system to investigate the function of a germline variant found in nearly all patients with chordoma and will be exploring the germline and somatic landscape of chordoma using data generated by the 100,000 Genomes Project and the National Cohort Study.

Inga is funded by Chordoma UK. 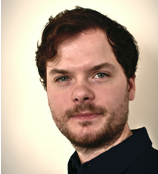 Will has joined our group and the Genomics England Sarcoma GeCIP team as of November 2019.
After working for 6 years in clinical genetics, Will completed his PhD at Bart’s which involved exploring the clonal evolution of colorectal cancers and its premalignant forms.

His move into the world of sarcomas is predicated on a desire for a new challenge and to meet experts in other areas of cancer research. Compared to colorectal cancers, there is far less known about the genetics that underpin sarcomas. Some specific subtypes, such as chondrosarcoma, are relatively common, yet have been difficult to study due to the difficulties of assembling suitable cohorts. His aims over the coming years are to contribute to the analyses planned within the wider sarcoma GeCIP, but he will also focus on understanding the clonal evolution of certain subtypes such as chondrosarcoma. 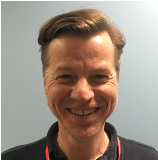 Steven is a computational biologist, investigating mutational signatures of sarcoma genomes collected in the 100,000 Genome Project, as well as differential expression analysis of bulk RNASeq data from sarcomas. His current focus is on the mechanisms of telomere maintenance, and his research is funded by Sarcoma UK.

Steven has previously worked within single-cell transcriptomics and proteomics applied to cancer immunotherapy, bacterial metagenomics, and glycan structure, and has studied and worked within the fields of computer science and audio analysis. He gained his PhD in the Centre for Digital Music at Queen Mary University of London and has MSc degrees in Bioinformatics (Imperial College London), Audio Acoustics (University of Salford), and Computer Science (University of Edinburgh). 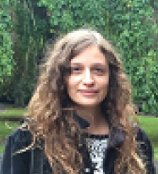 Maia is funded by Tom Prince Charity and is co-ordinating the RNA sequencing and epigenetic studies on osteosarcoma. 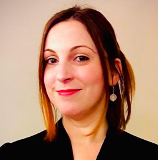 Lorena is working on cellular models of sarcoma. 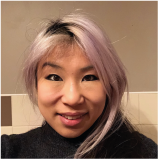 Lily works as a project manager for the England Bone Pathology Network lead by Professor Adrienne M Flanagan and is based at UCL and the Royal National Orthopaedic Hospital.

Shelley is a personal assistant for Professor Adrienne M Flanagan. She is the rock of the team and deals with the day-to-day administrative tasks for the research team. 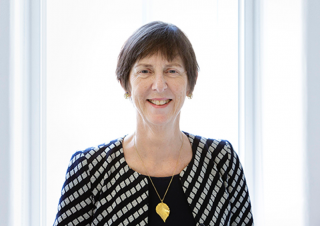