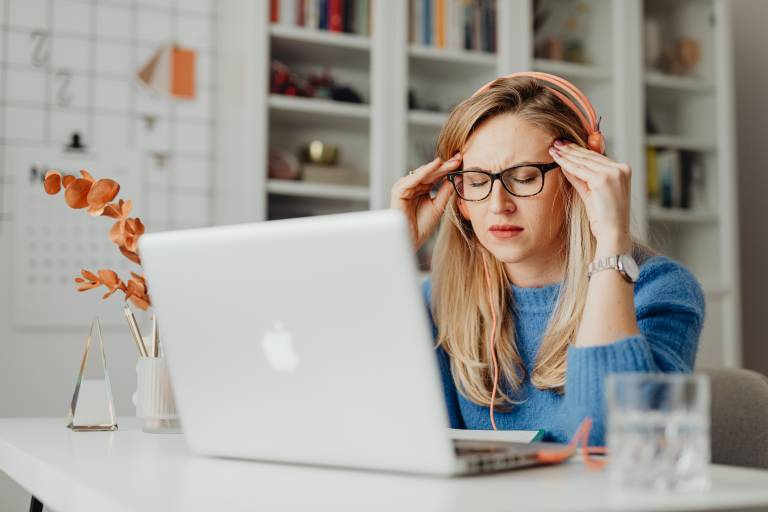 The study was undertaken for a global healthcare company through a company called BioStress in collaboration with UCL and the University of Bath.

The researchers used advanced biometrics and physiological data to map stress levels in detail and also ran a survey of over 1000 people on stress perception. They discovered:

Professor Joe Devlin (UCL Psychology and Language Sciences), who was involved in the study, said: “Until now stress has been subjective. How often do we hear the phrase ‘I’m stressed?’  There’s been no consistent industry or medical definition nor objective measure of stress. Our work gives employees and companies the quantitative information they need to understand and manage their stress levels in a uniquely trackable way.”

Neuroscientist Tim Routledge of BioStress said: “Our work is a milestone for stress definition and measurement. The majority of people tell us they’re stressed, but when we measure it accurately this isn’t the case; most of what people think about stress is wrong! 98.2% of respondents described stress as bad, using words like overwhelming and anxious, but we need stress in order to live successfully.”

Stress costs the global economy $1 trillion according to the World Health Organisation. Results of the BioStress programme at the global healthcare firm and automotive manufacturer achieved a 22% drop in perceived stress levels and 14% actual stress reduction, plus a 15% rise in sales, 16% increase in customer satisfaction and a 62% improvement in staff retention. Biostress received a six-figure Innovate UK and angel investment in April 2022 to accelerate global growth.

Photo by Karolina Grabowska on Pexels.