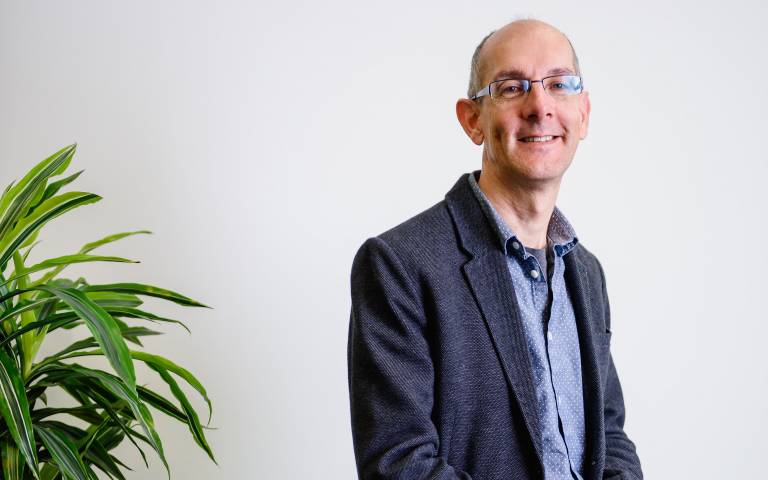 Paul Whiting is a professor at UCL Queen Square Institute of Neurology and is the Chief Scientific Officer for the Alzheimer’s Research UK UCL Drug Discovery Institute. He is also a Programme Leader in the UK Dementia Research Institute at UCL. Paul’s scientific contributions span ion channel neurobiology, the biology of schizophrenia, pluripotent stem cell based disease modelling through to neurodegenerative diseases. He has led drug and cell therapy programmes from basic research through to clinical trials, and has co-authored around 200 scientific publications.

What inspired you to develop a career in this field?

Since completing my PhD my research interest has always been in the area of neuroscience. I quickly gravitated towards translational research, spending time in the pharmaceutical industry before joining UCL in 2016. It has always been important to me that what I do has the potential for a tangible impact, and certainly if we are able to find a treatment for dementia that would have a huge impact!

Can you tell us about your role as Chief Scientific Officer at the Alzheimer’s Research UK UCL Drug Discovery Institute?

I lead a multidisciplinary team of scientists, both biologists and chemists, with the goal of finding new treatments for dementia, including Alzheimer’s disease. We work closely with academic colleagues at UCL and beyond, to identify drug targets. We then develop potential drugs against that target which we can then test in models of disease. We also work closely with biotechs and pharmaceutical companies so as to help progress our projects as quickly as possible towards testing in clinical trials.

What project(s) are you currently working on that are showing great promise when it comes to new therapeutic approaches for neurodegenerative disease, in particular Alzheimer’s disease?

One project we are excited about is our astrocyte project. Astrocytes are the most numerous cell type in the brain, where they play a number of important roles. In Alzheimer’s disease it is thought that astrocytes become overactive, which in turn leads to an increased activity of the neurons, and this contributes to both memory loss and progression of the disease. With our biotech partner, AstronauTx, we have developed a potential drug which we believe will reverse the overactivity of astrocytes, and therefore be a useful treatment for Alzheimer’s. If the project continues to be successful we hope it can enter a clinical trial in 2023.

Can you paint a picture of just how pervasive Alzheimer’s disease is in the UK and beyond, and why do you believe your research will make a difference?

Alzheimer’s disease is widespread: there are around 850,000 people living with dementia in the UK, of whom around two in every three have dementia caused by Alzheimer’s. It sadly accounts for around 12% of all deaths. There are currently no treatments that can slow or halt the progression of Alzheimer’s, resulting in a huge unmet medical need. Thus if our efforts at the Alzheimer’s Research UK Drug Discovery Institute can help to develop a new treatment, that would be a great achievement.

What are your future goals in this field?

Our goal will continue to try to find new treatments for dementia. There is still an awful lot that needs to be done, and a number of different approaches to be tried. The genetics of Alzheimer’s disease is pointing us towards another cell type in the brain called microglia, which appear to go wrong in the disease. We would like to find potential drugs that can prevent or reverse the abnormal function of microglia. We believe that this is an exciting new therapeutic approach for Alzheimer’s, holding great promise.