Lack of touch during pandemic restrictions causes anxiety and loneliness

The first published study to investigate the psychological effects of touch deprivation during COVID-19 shows that restrictions during the pandemic caused feelings of anxiety and loneliness. 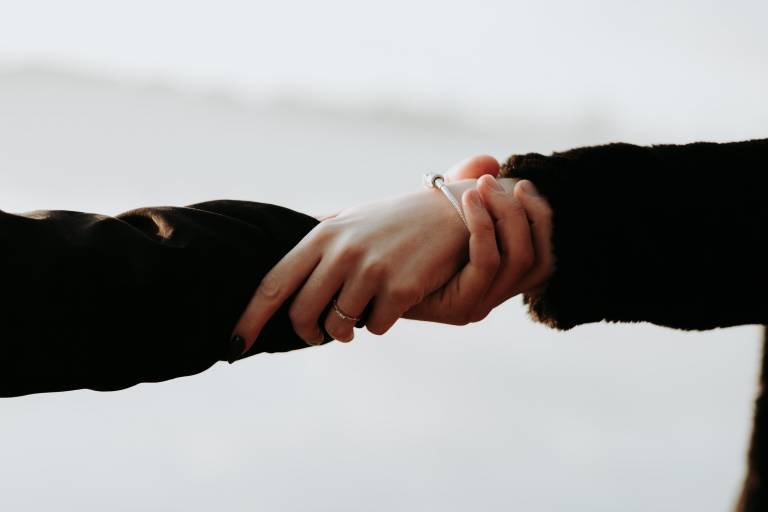 The study, co-authored by Professor Aikaterini Fotopoulou from the UCL Division of Psychology and Language Sciences (PALS), also found that the restrictions led people to crave touch more, but the extent of this craving varied depending on a person’s early experiences of close relationships.

The researchers used an online survey (of around 1,800 people) to test the effects of touch deprivation restrictions during the pandemic and found that interpersonal and particularly intimate touch experiences are critical for mental health in times of distress and uncertainty.

The results revealed that when deprived of intimate touch, people show more mood and anxiety symptoms. Those deprived of touch from people who are close to them reported increased perceptions of loneliness.

The higher the number of days that people practised social distancing, the more they wanted to experience touch, with the magnitude of this effect being large.

The findings also showed that the degree to which individuals craved touch during the COVID-19 restrictions depended on individual differences in attachment style: the more anxiously-attached, the more touch is craved; with the reverse pattern for avoidantly-attached people.

Lead author Mariana von Mohr (Royal Holloway University of London) said: “The pandemic has created a new challenge for research and in particular, for any type of research that requires closeness and physical proximity with others. However, this unique situation has also created some unprecedented opportunities to study the effects of touch – and lack thereof – in real, extreme situations.”

The discovery follows recent findings that suggest that touch is particularly important as a stress buffer for emotional (von Mohr, Kirsch & Fotopoulou, 2017 published in Scientific Reports), as well as physical suffering (von Mohr, Krahé, …& Fotopoulou, 2018). This implies that touch would have been an important way to cope during the pandemic if people had not been required to engage in social distancing.

The study was funded by the European Research Council. The team is now analysing other large, cross-cultural, online studies to understand not only the effects of touch deprivation during COVID-19 – a stressful period for many – but also searching for ways to alleviate its negative psychological effects and thus improve people’s wellbeing generally.