Increased alertness may change the way we see the world

A new UCL study has discovered that the activity of neurons within the retina changes when we are running or when our alertness increases. 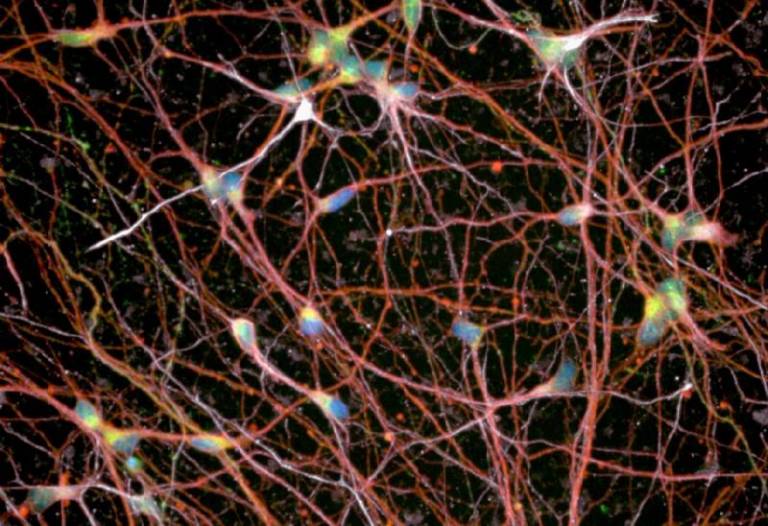 For years scientists have assumed that the activity of neurons occurring in our retina is independent of our behavioural state. However, a new Institute of Ophthalmology study on mice has discovered that the output of the retina in the animal changes when it is running or when it becomes more alert. This phenomenon might also apply to humans.

The study, published in Neuron, found neurons in the retina which are responsible for representing and processing visual input change depending on the context, for example during different behaviours such as running or not running, and during different states such as high and low levels of alertness or arousal. This means that even when the mouse saw the same pictures or films on a computer monitor, the activity in the neurons of its retina was different when the mouse changed its behaviour.

Lead author, Dr Sylvia Schröder, said: “This result is surprising because most visual neuroscientists would have thought that the retina does not get feedback from the brain and does not know about our behavioural state.”

“However our results indicate that the retina is somehow informed about the animal’s behaviour even without visual input from the brain as we saw these correlations with behaviour also in darkness.”

Dr Schröder explained that this type of neuron activity in the retina could be advantageous to detect an unexpected or dangerous object when we become inattentive, explaining that pronounced neural responses in this situation could steer attention to this object.

“Our perception of the visual world is based on the activity of neurons in our retina, which constantly reflect the changes of the incoming light patterns. Our findings point to mechanism that helps us process our visual environment depending on our current demands, for example quickly detecting changes in our environment,” she explained.

She said it is likely that the same phenomena the researchers discovered in mice could be applied to humans because the neural architecture is very similar. Further research into the advantages of the discovered phenomenon will begin next year.