Why watching a movie could improve wellbeing

Regular cinema trips may help boost wellbeing, according to a new study which shows a few hours behind the big screen has positive benefits on a person’s mental and physical state. 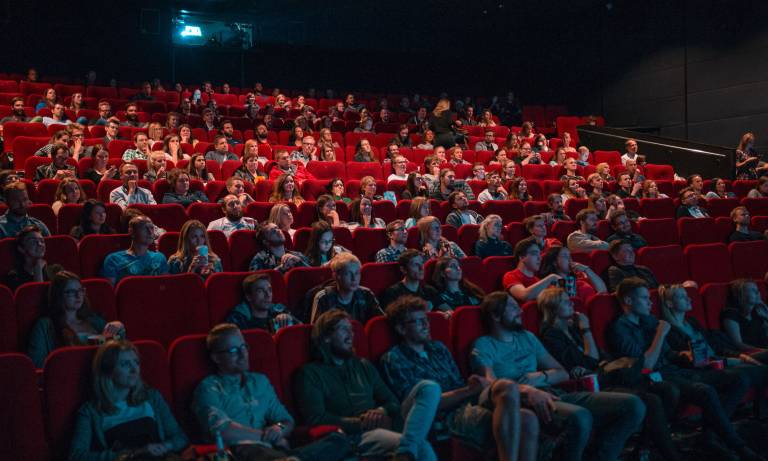 The study, conducted by researchers from UCL’s Department of Experimental Psychology (Division of Psychology and Language Sciences) and Vue Entertainment, found a direct link between watching a film and the impact it has on our brain function, social connections, productivity and creativity.

The scientific experiment used a combination of biometric devices, similar to a Fitbit or Apple Watch, and explicit questionnaires to investigate what happens to our bodies and minds during a two-hour film.

Remarkably, they found that the heart rates of the audience members were elevated during the movie, despite the fact that they were sitting still. Their heart rates were between 40-80 per cent of their maximum heart rate, which is what the British Heart Foundation calls the ‘healthy heart zone’, for about 40 minutes of the screening.

Professor Devlin said the study illustrates the strength of the physiological responses to seeing a movie.

“What we see is that the heart rate and electrodermal activity, an indirect measure of emotional arousal, go up and down with the narrative arc of the movie – meaning their heart rates elevate and drop depending on their engagement with the story.

Secondary research suggests that two unique elements of the cinema experience drove the findings: the focused activity and the shared social focus. These elements have proven long-term benefits on our overall brain function, memory, focus and productivity.

“Despite the fact that these people are all strangers to one another, their hearts begin to beat in synchrony while watching the film together.

“What we know from previous work is that when people demonstrate synchronised physiological responses like this, they also show stronger social and emotional bonds.”

Participants were asked about their feelings towards the other moviegoers both before and after watching the film. They reported feeling closer to their fellow audience members afterwards simply by watching the film together.

In addition, going to the cinema provides a distraction free environment. “Our modern lives are characterised by multitasking, social media distractions, and many items competing for our attention. Cinema and other cultural events provide space to concentrate and practice focusing. At the cinema specifically, there is nothing to do except immerse yourself.”