The Dementia Research Centre at UCL Queen Square Institute of Neurology and health-tech company, KareInn, developed ‘Ignite’, an app that could enable detection of early frontotemporal dementia in individuals with a genetic predisposition to develop the disease later in life. 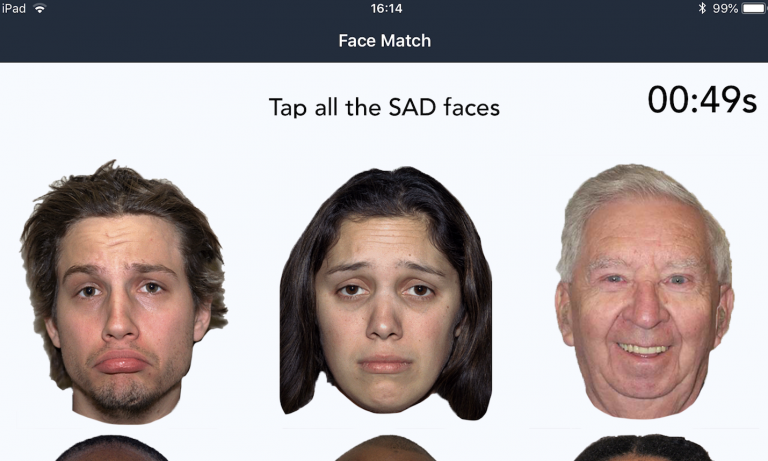 Frontotemporal dementia FTD is a common cause of young onset dementia. Symptoms commonly start when people are in their 50’s or 60’s and it can occur as frequently as Alzheimer’s disease in this age group. Unfortunately, little is known about why certain people develop FTD.

The only known risk factor is the presence of a genetic mutation, with some people developing dementia because they have a problem that runs in the family. This inherited form occurs in around a third of all people with FTD. If a parent has FTD and carries one of the genetic mutations, there is a 50% risk of them passing on this genetic mutation to their child, who will also go on to develop FTD at some point in their life.

Results from the GENFI study have shown that changes in the brain can be present in genetic FTD up to 20 years before any obvious symptoms begin to develop. Brain imaging such as MRI scans can provide an early diagnosis but are expensive. Cognitive tests which are administered using pen and paper only tend to be sensitive around five years before symptom onset. The proposal is therefore that technology can help to bridge the gap between brain imaging changes and traditional cognitive measures.

Ignite c​an be accessed by users through an iOS app on an iPad. The research, which forms part of Moore’s PhD in FTD is an example of the marriage of neuroscience and digital technology as a method for the early detection of dementia before any noticeable symptoms are present. If success can be proved here, then there is a potential for it to also be used in the wider field of dementia.

Moore is excited about the app’s potential: “As we saw with the recent failure in clinical trials of aducanumab, many of the drugs that have so far progressed to clinical trials for dementia have not performed well, but a current hypothesis is that some of these drugs could be effective when administered earlier.”

Moore discusses the initial results: “Preliminary analysis shows the performance on app-based novel cognitive assessments in those with a genetic predisposition to FTD is significantly worse compared to those who don’t carry these dementia causing mutations. Testing shows the use of the Ignite app in clinical research is feasible and may have the potential to be more sensitive to detecting cognitive decline earlier than existing assessments.”

Rachelle Mills, CEO of KareInn tells us: “We were particularly excited to support Katrina’s research. Central to our mission is to contribute towards finding a cure for dementia in our lifetime. UK GENFI, UCL and KareInn have pooled their expertise to develop this pioneering technological solution to one of society's biggest challenges and

“I hope it's just the start of what we are capable of achieving when we join forces together. In lending our technological capability to the research community, we are able to make a meaningful difference right now. Later, we hope to be the conduit for data capture and analysis at scale.”

The results are promising, and the ​Ignite​ app will be prepared for clinical trials on a much wider scale.

The UCL Dementia Research Centre is a hub for patient-centred research into dementia, with a particular expertise in young-onset, inherited and unusual dementia. Research focuses on identifying and understanding the disease process and ways to improve diagnosis and treatments.

The Genetic Frontotemporal Dementia Initiative (GENFI) is a group of 25 research centres across Europe and Canada, led by Dr Jonathan Rohrer at UCL. Katrina Moore is the coordinator for GENFI and holds a degree in psychology from Anglia Ruskin University.

GENFI investigates both individuals who have developed symptoms and also those who are at risk of developing symptoms of dementia in the future because they carry a genetic mutation causing FTD.

KareInn is a software company that operates in the care home sector. Through its app and suite of care management tools it aims to unlock the power of data for social care providers, to improve patient outcomes.