WCHN's first ever annual Public Engagement Awards took place on 12th April to celebrate the centre’s public engagement activity over the past year & name those who have been especially instrumental. 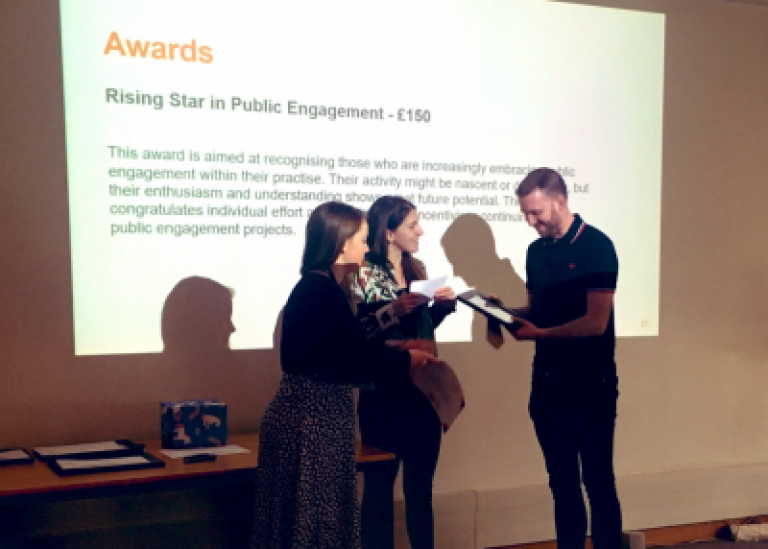 The Rising Star Award recognised Dr Andrew McWilliams who helped to develop the MetaLab’s Metacog Mission project through developing a public facing app. He led a team of researchers to host an interactive stall at the Tate Modern’s Self-Impressions event in March 2018 which provided important road-testing and improvement opportunities for the app.

Since there were so many good candidates to choose from, Dr Tim Tierney was also crowned a Rising Star. As a postdoctoral researcher in Gareth Barnes’ MEG lab, Tim plays a crucial role in public engagement events that range from inset days to an upcoming large scale collaborative engagement project with Young Epilepsy. 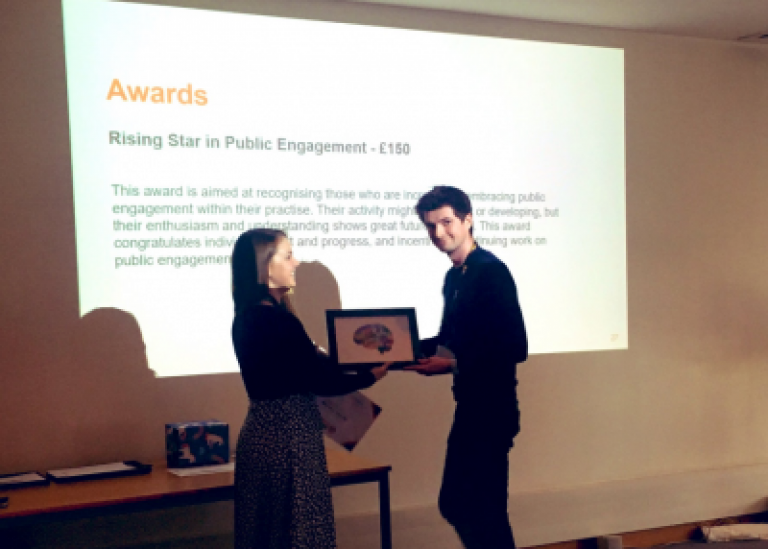 Nobody was surprised to see the Excellence in Public Engagement Award go to Rachel Bedder for her work as lead scientist on Dear World Project. With a background in art and science engagement projects, Rachel is a stand-out contributor to WHN’s PE programme whilst she studies for her PhD at the Rutledge Lab, at Max Planck Centre for Computational Psychiatry and Ageing Research.

The PLORAS research group were delighted to accept the Outstanding Public Engagement project prize for their work over the year on workshops, talks and activities though Aphasia workshops, UCL World Stroke Day Forum and the centre’s In2Science programme. 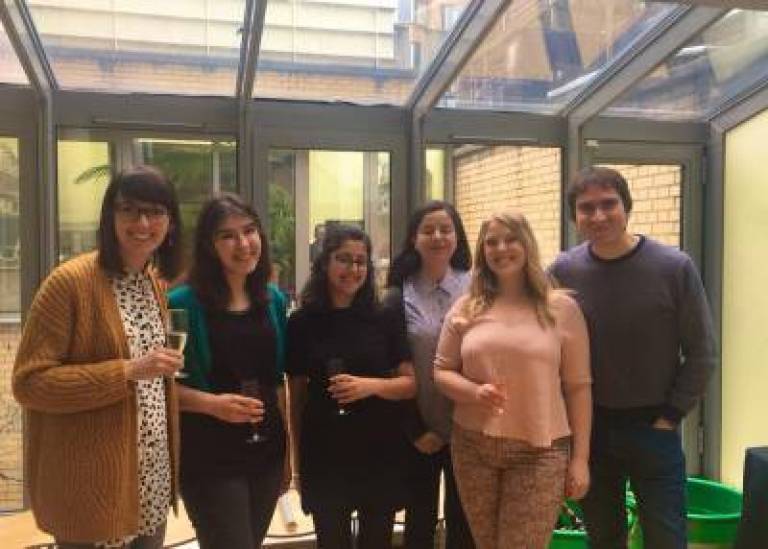 The final surprise of the ceremony was an extra, unadvertised award for someone who has gone above and beyond for Public Engagement time and again; this Honorary Award went to David Bradbury, Lab Manager and all round hero at the centre. As the person who co-ordinated public engagement at WHN before a formal team existed, David both laid the foundations for public engagement here and continues to work tirelessly to ensure that the current PE team can fulfil their role.

Following the presentations, everyone at the centre was invited to join for drinks and canapés as a chance to celebrate the contribution of the centre as a whole to a very successful year of public engagement.