Like many of UCL's Life Sciences departments today, Structural and Molecular Biology can trace its roots back to UCL's Department of Physiology. The department was the first of its type in England when it was first created in 1828. As the university's knowledge in this area grew, provisions were made for sub-areas of interest.
The establishment at UCL of Biochemistry as a truly independent discipline was a gradual process. What today would be considered to be biochemistry began in 1901 with the establishment of a post of Assistant in Physiological Chemistry within the then Institute of Physiology. At the end of the 1914-18 war, the College considered itself to be the only college or university in the UK that had instituted definite courses in Biochemistry – although only for medical students.
A desire to continue to lead the country in the field of Biochemistry led the College in 1922 to establish a Chair in Biochemistry supported by part of an endowment from the Rockefeller Foundation for a Department of Intermediate Medical Studies. For the next decade or so the UCL Biochemical Laboratory, headed by its newly-established Chair, continued to be part of the Institute of Physiology under the general direction of the Jodrell Professor of Physiology.
In 1934, during a reorganization of the Medical Faculty, a new Department of Physiology, Pharmacology and Biochemistry was created. At the end of 1945 this composite department was dissolved into three separate departments though it is likely that the biochemists had achieved de facto independence from the mid-1930s onwards as evidenced by their research publications tending to just carry the address Department of Biochemistry.
Even after the autonomous Department of Biochemistry came into being at the beginning of 1946 it continued to have no degree programmes of its own with its teaching remaining, as it had been for many years, confined to preclinical medical and dental students.
It was the early 1950s before the department was offering MSc and BSc programmes in Biochemistry and it was the very late 1950s into the early 1960s before the Department of Biochemistry escaped from cramped accommodation in the basement of the Physiology/Pharmacology building and moved to occupy newly-built space in what is now the Darwin Building.

Brief Biographies of the Leaders of Biochemistry at UCL

Although he was never a professor or head of department at UCL Plimmer can certainly be regarded as the ‘Founder’ UCL biochemist. In 1901 a post of Assistant in Physiological Chemistry had been established within the UCL Physiology department and Plimmer was appointed to this in 1904, eventually becoming the first Reader in Physiological Chemistry.
During the 1914-18 war Plimmer was attached to the Directorate of Hygiene at the War Office. As Captain Plimmer he made a series of analyses on the commoner foodstuffs for the Army Medical Authorities, many of these performed in his laboratory at UCL. Thereafter his lifelong research interests centered around the chemistry of proteins and of biological phosphorous compounds together with many aspects of nutrition and vitamins – topics on which he wrote many articles for magazines and periodicals, with 49 research papers listed by Pubmed with him as an author between 1904 and 1941 contributing to that output. 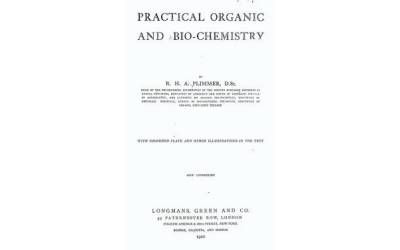 Biochemists of his generation particularly remembered him for being, together with J.A. Gardner, a co-founder in 1911 of the Biochemical Club which became the Biochemical Society in 1913 with Plimmer as its first honorary secretary until 1919. The first official meeting was held in the Physiology Department at UCL on 4th March 1911 and until 1968 the annual general meetings of the Biochemical Society were always held at UCL.
For many years he has been commemorated through the Plimmer Prize which is one of the two college prizes that are awarded annually to the best second year students in the UCL Biochemistry and Biochemistry-related BSc programmes.

In 1919, following the resignation of Plimmer, Jack Drummond was invited by Professor Ernest Starling to move to UCL. Initially he was a research assistant, becoming Reader in Physiological Chemistry in 1920 and in 1922 at the early age of thirty-one he was appointed to the newly-created Chair of Biochemistry at the college. Until the outbreak of war in 1939 he investigated the chemistry and action of vitamins – in particular the fat soluble vitamins A and D – together with many other aspects of human nutrition, his scientific output comprising 183 publications between 1914 and 1948.
Drummond was keen to apply the new science of nutrition and began a study of the English diet over the last 500 years. The study was published as The Englishman's Food: A History of Five Centuries of English Diet in 1939 and was considered to be ground-breaking. The book is still in print today. 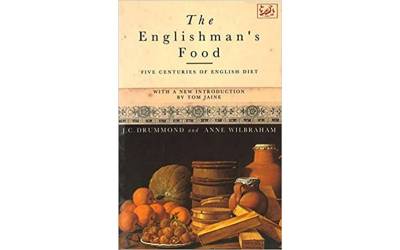 When the war broke out in 1939, Drummond was appointed chief advisor on food contamination. In 1940 he was appointed Scientific Advisor to the Ministry of Food. He produced a plan for the distribution of food based on "sound nutritional principles". He believed that his system of rationing would not only maintain the nation's health but improve it and he was correct.
Follow up studies showed that the population's health improved under rationing and it is commonly believed that to this day this period of time was when the health of the people of the United Kingdom was at its best.
Drummond left UCL in 1945 to take a role with Boots Pure Drug Company as Director of Research. Unfortunately, Drummond, his wife and his 10-year-old daughter were murdered in France in 1952.
Today the Drummond Prize is awarded annually to the best second-year students in the UCL Biochemistry and Biochemistry-related BSc programmes.

Between 1927 and 1931 Margaret Kerley undertook research within the Department of Physiology and Biochemistry at UCL for which she was awarded a PhD in 1931. Between 1931 and 1933 she worked with the future Nobel laureates Carl and Gerty Cori at the Washington University School of Medicine in St. Louis. On her return to the UK in 1933 she re-established her association with UCL as firstly Assistant Lecturer then Lecturer and subsequently Senior Lecturer, being appointed Reader in Biochemistry in 1949.
Her research publications (28 listed by Pubmed with her as author between 1930 and 1971) were almost entirely devoted to aspects of carbohydrate and amino acid metabolism with particular interest in those in the retina and the liver.
A generous bequest in her will allowed UCL to establish the annual Margaret Kerley Prize that she wished to be awarded “to the most deserving first-year Biochemistry BSc student(s)”.

After the war Biochemistry at UCL was taken over by Sir Frank Young, who went on to be knighted in 1973. He led the department from 1945 to 1949.
In January 1946 UCL Biochemistry finally became an autonomous department with Young at its head. His major priority was to establish a BSc programme in Biochemistry.
Although he did not achieve this during his short tenure he did succeed in getting an MSc programme started which became a gateway through which several distinguished biochemists have entered the subject; to name but a few: Professor Patricia McLean, Professor Bob Rabin (a future head of UCL Biochemistry), Professor Peter Garland (the first Head of Biochemistry at Dundee and subsequently Chief Executive of the Institute of Cancer Research) and one of Young’s own sons Simon who became Professor of Neurochemistry at McGill University.

In 1950 Ernest Baldwin succeeded Young as Professor and Head of the Biochemistry department at UCL. There he was able to fulfill Young’s ambition of the establishment of a BSc programme in Biochemistry – the first in the University of London. The programme began with three students in 1953 and soon rapidly expanded.

In 1937 Baldwin published a small book, Comparative Biochemistry which became recognized as a classic introduction to that subject. In 1947 he published Dynamic Aspects of Biochemistry. In many respects this was the first modern textbook of biochemistry, providing a lucid description of metabolic interactions and taking biochemistry out of the age of natural products chemistry and of purely medical and physiological chemistry. The book was translated into many languages eventually running into five editions and in 1952 gaining Baldwin the European Cortina-Ulisse Prize of one million Italian lire.

Datta read for a BSc in Chemistry at UCL and subsequently read Medicine at University College Hospital Medical School. He then joined the staff of the UCL Department of Biochemistry. Datta played a major role in setting up the Federation of European Biochemical Societies (FEBS) in the late 1960s. He devoted considerable time to FEBS over his career and was both its treasurer and the managing editor of its journal FEBS Letters.

His 54 research publications between 1949 and 1966 covered a range of topics, mainly in the area of physical biochemistry with particular emphasis on measurements of acid dissociation constants of biological molecules and the stability constants of metal complexes with the same.

In 1970 he was appointed Head of the department – a post he held until 1988. His early research, frequently in collaboration with Prakash Datta and Eric Crook, was largely devoted to studies of proton and metal ion binding to peptides and proteins.

The late 1950s and early 1960s saw him launch into investigations of the catalytic mechanisms of several enzymes – in particular pancreatic ribonuclease. Together with Tony Mathias and others a chemical mechanism for the ribonuclease reaction was put forward following an inspired piece of chemical intuition well before the crystal structure of the enzyme was solved.

This was the very first deduction of the catalytic mechanism of an enzyme and, although some refinements have subsequently been added, it has stood the test of time and its basic characteristics are still accepted.

Leaders of UCL Biochemistry from 1904 to present:

Read more about the leaders of UCL Biochemistry

Christine Orengo joined what was known at the time as the Department of Biochemistry and Molecular Biology in 1995. She had done her PhD in UCL's biochemistry department in the mid 1970s in an enzymology lab headed by the late Michael Holloway.

She is best known for her research that analyses genes, proteins and biological systems using computational methods to classify proteins into evolutionary families. As of the end of 2021, her lab has taken 151 million protein domains and classified them into 5,481 superfamilies. She is also the first woman to serve as president of the International Society for Computational Biology.

In 2003, UCL and Birkbeck co-founded the Institute of Structural and Molecular Biology to promote multi-disciplinary research at the interface of structural-, computational- and chemical biology. The institute aims to break the traditional boundaries between structural, molecular and cell biology. It uses both multi-disciplinary approaches aimed to bridge across the scales of biology and methods to integrate disparate data across the disciplines.

Gabriel Waksman joined UCL in 2003 to take up the Joint Chair of Structural Molecular Biology at University College London and Birkbeck College London. Gabriel discovered the structure and function of the type IV secretion mechanism in bacteria, which is responsible for the sharing of genetic material — including antibiotic resistance genes — between bacteria. Gabriel’s work provides the basis for the design of new compounds to block secretion and thus prevent the spread of antibiotic resistance.

Jo Santini joined SMB from Australia in 2006. In 2018, she announced the creation of a low-cost, easy-to-use arsenic sensor to test drinking water. According to the World Health Organisation, 140 million people worldwide drink water containing unsafe levels of arsenic. She also set up Microbiology@UCL, a consortium of researchers with interests in microbiology across a wide range of faculties, schools, institutes and partner organisations.

Some of our Notable Graduates 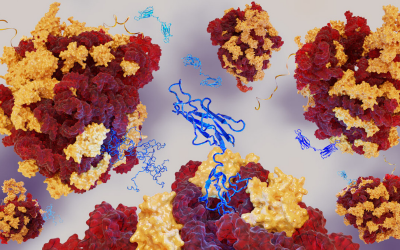 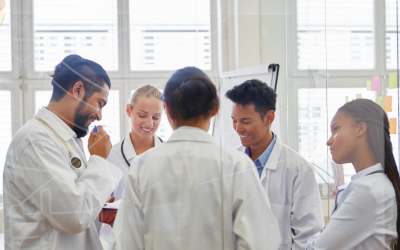 We are a diverse community of internationally recognised PIs, post-docs and PhD students undertaking research across a broad range of biologically related disciplines 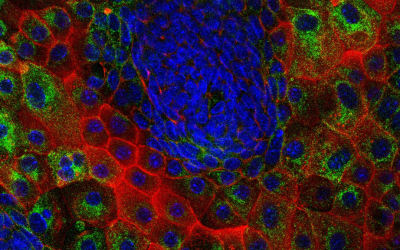 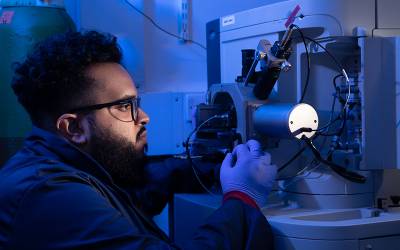 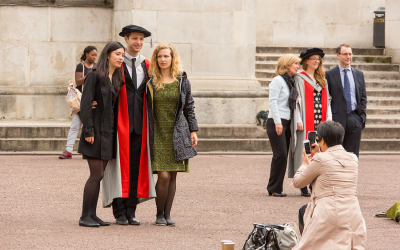 Arsenic in Drinking Water in Bangladesh