Immediate and deep emissions reductions are required across all sectors to limit warming to 1.5°C, according to a new Intergovernmental Panel on Climate Change (IPCC) report, involving contributions from UCL academics. 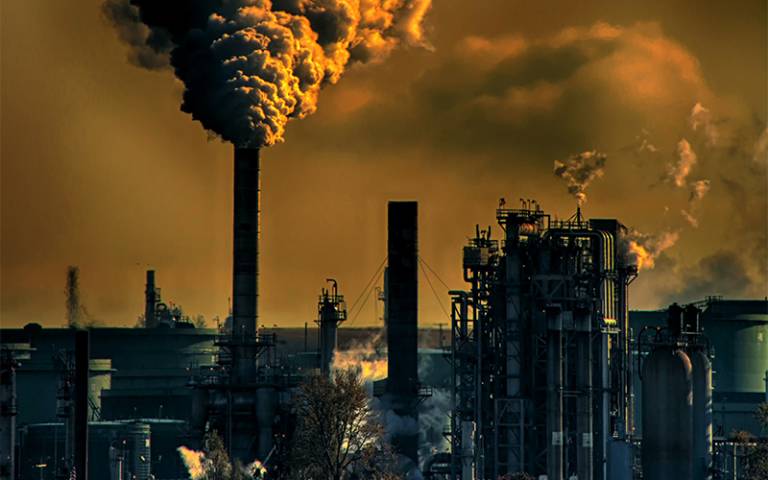 Researchers from the UCL Institute for Sustainable Resources as well as many other departments across UCL have contributed to the latest publication from the Intergovernmental Panel on Climate Change.

Released this week, the report assesses the literature on the scientific, technological, environmental, economic and social aspects of climate change mitigation.

The report found that limiting global warming will require major transitions in the energy sector, including a substantial reduction in fossil fuel use, widespread electrification, improved energy efficiency, and use of alternative fuels, such as hydrogen.

Coordinating Lead Author for Chapter 1 (Introduction and Framing), UCL Institute for Sustainable Resources Deputy Director Professor Michael Grubb said: “The IPCC Report on Mitigating Climate Change, published today, offers a picture of ‘glass empty, half full’ – with slow progress at the global level, but clear potential to fill the glass of sustainable energy and land use much more rapidly.

“To date, global progress to cut emissions is not enough to meet the Paris goals, but there are tangible signs of progress – with growing numbers of countries having sustained emission reductions, and the advent of cheap renewables that will power electric vehicles, heat pumps and other smart, emissions-free technology.

“Accelerating progress at the pace required is possible, but far from given: it will all come down to whether governments deepen and broaden the policies that have started to work, including international support for clean investment in developing countries still struggling with the impacts and aftermath of Covid-19.”

In the scenarios assessed, limiting warming to 1.5°C requires emissions of greenhouses gasses to peak by 2025 at the latest, with reductions of 43% by 2030. This would also need to be coupled with reductions in methane – a potent greenhouse gas – by around a third.

While the report contains stark warnings, the authors note that there is increasing evidence of climate action, with the rate of growth of annual greenhouse gas emissions slowing between 2010-2019. Other promising findings include sustained decreases of up to 85% in the cost of solar wind energy – as well as the introduction of policies and laws which have enhanced energy efficiency, reduced deforestation rates, and sped up the use of renewable energy.

Comprising 17 chapters, Climate Change 2022: Mitigation of climate change involved hundreds of scientists from around the world who assessed evidence from more than 18,000 scientific publications. As well as Professor Michael Grubb, Coordinating Lead Author for Chapter 1, Professor Yacob Mulugetta (UCL STEaPP) was a lead author for Chapter 5: Demand, services and social aspects of mitigation.

The latest report is the third instalment of the IPCC’s Sixth Assessment Report (AR6), which will be completed this year. Other reports include three Special Reports (1.5 Degrees, Climate and Land, and The Ocean), the three IPCC Working Group contributions (WGI: The Physical Science Basis, WGII: Impacts, Adaptation and Vulnerability, WGIII: Mitigation of Climate Change), a refinement to its latest Methodology Report, and a final Synthesis Report building on the findings from all the reports in this cycle, due in September 2022.

The IPCC reports are an important resource for society, domestic policymaking, and global climate negotiations, and aim to help policymakers understand what scientists currently know about climate change. They provide the most up to date knowledge to address issues related to climate change, forming the scientific basis to inform climate change policies, as well as the UN Sustainable Development Goals (SDGs).