During a tumultuous year, a group of London students have called for ‘the protection of our planet and the environment around us’, through more effective national policies and strengthened international relations, informed by both natural and social science based evidence. 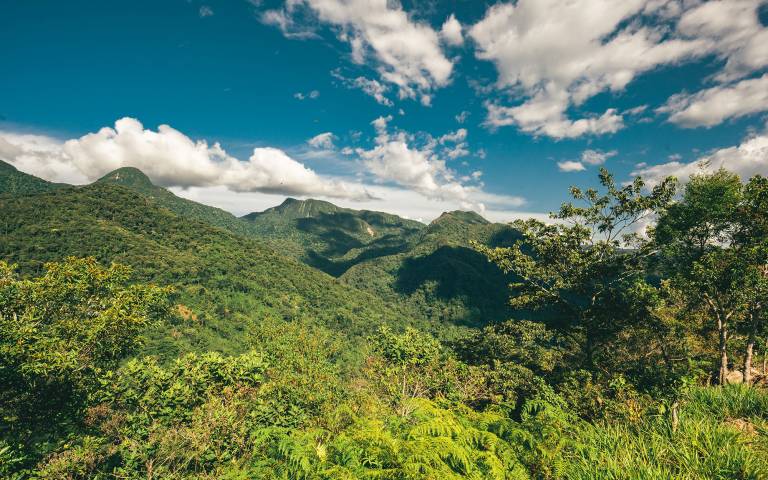 Five A-level students from schools and colleges across London, took part in an online Summer School in August 2020, organised by the UCL Institute for Sustainable Resources, the UCL Energy Institute, and the national educational charity IntoUniversity, which supports young people from disadvantaged backgrounds to attain either a university place or another chosen aspiration.

The students explored the potential for behavioural science insights to improve social and environmental outcomes without compromising individual liberty, and the political challenges involved in the interaction of Brazil’s agriculture sector with the Amazon rainforest.

“Nudges”, and the limits of freedom

Policies that aim to influence or constrain the behaviour of individuals in order to achieve a wider societal benefit, can come into conflict with principles of individual freedom. Behavioural economics is a field that helps to describe how people make choices in different circumstances; this knowledge can help to provide policy suggestions that achieve a balance between societal benefit and individual freedom.

Sulaimon Olaniyonu writes that one important concept to emerge from the field of behavioural economics is that of ‘nudges’. As Sulaimon explains, ‘nudges are small changes in the environment put in place by choice architects which attract the attention of individuals and subsequently influence their behaviour.’ He describes examples of how such ‘choice architects’ could encourage ‘exercise and a healthy lifestyle’, through building design, or the layout of food in shops.

‘A Libertarian may argue that this intervention limits an individual’s freedom of choice, instead they advocate that people should be able to do whatever they please without any external intervention’, Sulaimon writes. However, ‘a nudge is a perfect balance’ between libertarianism and paternalistic intervention. This kind of ‘libertarian paternalism’ crucially retains ‘the freedom to choose’. Nudges are ‘a balance between libertarianism and paternalism to ensure people’s freedom of choice is not limited whilst subtly affecting decisions’.

He argues that ‘it is perfectly viable to have an institution affect an individual’s decision (or more appropriately, the decision making process) whilst having their freedom of choice unaffected.’ Furthermore, ‘there is simply no argument for individuals to be allowed to run themselves into the ground through poor choices’. He concludes that, ‘there are certain situations when the involvement of choice architects is unavoidable and of mutual benefit to everyone involved,’ and ‘there is overwhelming evidence that, through nudges and other such subtle actions, society has had much to benefit.’

Martyna Zajma also considers the ethical balance between libertarianism and intervention, noting that ‘though libertarianism can prove counterproductive when agents make a choice which directly reduces their welfare, paternalism can prove to be oppressive and questionable in terms of a government’s morality’. In this context, ‘nudge theory and the concept of Libertarian Paternalism acts as a way to bridge the two notions and delicately influence the actions of one without blatantly coercing an agent into a decision.’ Whilst some have argued that choice architecture, if not blatantly, may still be subtly coercive, Martyna challenges this critique, pointing out that ‘the architect would have had to make a decision regardless of whether it reaped additional benefits or not’.

However, Martyna also questions the basis on which a government or other choice architect can define what is rationally in the public’s best interest. “Rationality”, Martyna notes, ‘is often subjective… an individual with perfect information on the effects of cigarettes on their health might still choose to smoke due to the satisfaction of the utility, sacrificing their health in the process.’ The events of 2020 have provided more vivid examples of this balance between paternalistic intervention and individual freedom, as ‘the outbreak of COVID-19 has pressured governments to enforce laws in which face masks have been made obligatory in enclosed spaces. This has caused an anti-mask movement to spark in certain areas of the world, notably the U.S.’

Ore-Oluwa Fayemiwo also argues that because we ‘do not always exhibit behaviour that is in our best interest (or even in the interest of society as a whole) … we must be ‘nudged’ in the direction of making these better choices when it comes to crucial situations’. ‘Nudges’ are not coercive, as individuals ‘are also at liberty to ignore these nudges if they wish; whether they choose to follow or ignore what has been shared with them is ultimately their own choice.’

Nudges can be applied to environmental problems. Ore-Oluwa highlights the case of Cambodia, where ‘the nudges considered to alleviate the effects of plastic waste for the nation included reducing the use of plastic (especially in coastal communities), improving residual management and to take on opportunities that promote more of a circular plastic economy (i.e reducing, reusing and recycling).’

However, Ore-Oluwa reflects on whether there should be limits to the libertarian principle when it comes to environmental damage. She argues powerfully that ‘considering human action and the effects of it on the environment, we cannot deny the horrific circumstances that we have left marine life to.’ Therefore, ‘in this case our liberty should be overcome by paternalistic notions in order to sustain the planet’, as ‘it is only fair to agree that our liberty should be shelved when it comes to the protection of our planet and the environment around us that we are responsible for.’

Brazil and the politics of climate change

Brazil is a fast growing economy, and home to 60% of the Amazon rainforest. In recent years some of its policies and political rhetoric in relation to deforestation in the Amazon, have courted controversy on the world stage.

Marcus Maddatu reflects on the environmental challenge in the context of a range of social challenges experienced during 2020: ‘whilst fierce battles in the frontlines occur within hospitals and justice against discrimination in several countries cause an uproar during this year, the environment needs to be prioritised to stabilize this world once again.’

Brazil, ‘being one of the fastest emerging economies, the environment is in desperate need of being protected.’ However, over a number of years, ‘environmental regulation in Brazil had been undermined and was focusing more on developing aggressive economic policies instead.’

These trends have global consequences, as ‘the increased rate of deforestation will contribute to global warming and greenhouse gases which would predominantly put Earth in a very vulnerable position.’ The loss of the Amazon would also be directly counterproductive for Brazilian agriculture, as it would ‘create climatic implications and create severe droughts spreading across Brazil and the rest of South America if the Amazon turns into a Savannah.’

Further, Brazil’s international relations may be affected, as ‘President Macron of France suggested that countries that are not committed to dealing with greenhouse gases should no longer have relevant business and partnerships with France and other European countries. This suggests that not only will the environment be damaged but the entire nation will experience economic consequences.’ On the other hand, protecting the environment will reduce conflicts ‘such as with the inhabitants and indigenous tribes’, and will help Brazil to become ‘more included within world affairs.’

Katie Rodriguez reports that ‘in November 2019 Brazil took the decision to remove restrictions to sugarcane production in the Amazon’, opening up the risk of deforestation due to sugar cane expansion. About half of Brazil’s sugarcane is used to produce ethanol, which can be used to fuel cars, and is widely regarded as a sustainable alternative to petrol. Katie observes that, while ethanol produced from sugarcane can bring about ‘reduction of greenhouse gas emissions compared to both corn and fossil fuels,’ nonetheless ‘this advantage may have no more use as the greenhouse emissions released through the deforestation of the Amazon forest undoubtedly increases to create land for its plantation.’

The decision to remove restrictions on sugarcane in the Amazon was driven by ‘pressure from governments of Amazonia states.’ However, others object to the change in policy due to the ‘reputation risks’ that may affect Brazil’s trading relationships; for example, ‘sugarcane trading between the EU and Brazil may come to a halt… as conditions in their trade-deal are broken, which would have a damaging impact on its economy.’ For this reason, ‘most if not all in the sugarcane industry have shown the behaviour of wanting to avoid association with the deforestation, compared to soy and cattle industries.’

As such, ‘the Brazilian President’s new decree brings in more complex and wider problems behind it.’ In contrast, Katie argues, ‘protecting the environment does more than what it says, it strengthens reputations, relations, brings unity and preserves natural beauty’.

The UCL Institute for Sustainable Resources and the UCL Energy Institute are extremely grateful to Sulaimon, Martyna, Ore-Oluwa, Marcus and Katie for taking part in the 2020 Summer School, and to IntoUniversity for their support. The UCL staff were impressed and inspired by the commitment and imagination that these young people showed in engaging with these complex and crucial questions. As the world seeks to recover from a global pandemic, whilst addressing social injustice and living sustainably within planetary boundaries, the integration of the voices of such talented and thoughtful young people must be central to building a better future society.

Photo by Conscious Design on Unsplash

Find out more about IntoUniversity