Keeping fossil fuels in the ground: the transition to a net zero economy 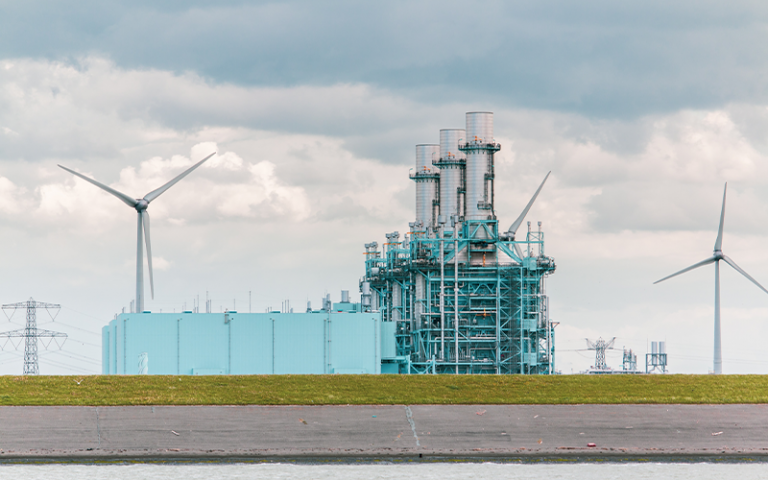 Our global energy system is dominated by fossil fuels. Coal, oil and fossil methane gas (natural gas) accounted for around 85% of primary energy consumption and anthropogenic CO2 emissions in 2019. Since its founding in 2011, the UCL Institute for Sustainable Resources has provided interdisciplinary research on the sustainable use of natural resources, both renewable and non-renewable, including under the Energy System Transition research theme.

Recent research from the IEA, UNEP/SEI and UCL state that if global temperature rise is to be limited to 1.5°C and net zero CO2 emissions are to be achieved by the middle of the century, then the planned growth in fossil fuel production must immediately reverse course and start declining now with the majority of fossil fuels remaining in the ground. This would require interventions on both the demand- and supply-side:

The required transition away from fossil fuels is complicated by numerous factors, not least:

In the short term, ‘low hanging fruit’ to reduce emissions from the fossil fuel supply chain are readily available, including minimising methane leakage from oil and gas production and transportation networks. At COP26, over 100 countries signed up to reduce methane emissions by 30% by 2030. Given the energy system contributes around 62% of non-agriculture human-caused methane emissions, much of this reduction will be realised in the upstream fossil fuel sector. In limiting methane leakage, this essentially means that companies can sell more gas downstream, and therefore there is a distinctly economic rationale behind the drive to limit methane emissions from oil and gas supply chains. Additionally, the World Bank “Zero Routine Flaring by 2030” Initiative has been endorsed by large oil producers including Iraq, Nigeria, Russia, Saudi Arabia and the United States.

Whilst reductions in emissions from fossil fuel supply chains are welcome and necessary, the scale of CO2 reduction required to meet net zero CO2 emissions means that fossil fuel production must decline if that goal is to be achieved. The question of who can and cannot produce their fossil fuels under different carbon budgets has been explored by researchers from ISR in two papers in 2015 and 2021. In both pieces of research, a global energy model was used to determine the regional distribution of fossil fuel reserves and resources which must remain in the ground to keep global temperature rise to 2oC (2015 paper) and 1.5oC (2021 paper). The model uses a least cost framing to allocate the volumes of fossil fuels which must remain in the ground. This means key aspects of equity, just transitions and the need to manage the decline of production in economies that are heavily dependent on hydrocarbon revenues, are not considered.

Whilst the scientific consensus on the need to drastically reduce fossil fuel production (and consumption) is broad, the pathways by which production cuts are achieved are far more uncertain. In particular, the Beyond Oil and Gas Alliance and the Fossil Fuel Non-Proliferation Treaty have put an emphasis on a just transition, arguing for a more managed decline of fossil fuel production in countries heavily dependent on hydrocarbons for tax revenue and employment. This includes developed economies (e.g. Europe, the United States, etc.) playing a crucial leadership role in the required transition given the level of accumulated historical emissions and the associated benefits in these regions. The issue of a just transition and historical responsibility for cumulative emissions was implied in the final wording of the Glasgow Climate Pact, with the relatively ambiguous reference to a “phase-down” of coal and the removal of “inefficient” fossil fuel subsidies. There seems to also be increased realisation that economies with a heavy reliance on fossil fuel production are significantly at risk should the required energy transition be realised (not to mention nearer-term fluctuations in global fossil fuel prices). Iraq is amongst the ‘petrostates’ calling for economic diversification but also for international support in the transition. There has also been increased research and policy interest around ‘retrofitting’ some existing infrastructure and jobs in fossil fuel industries toward the low carbon economy - for example with transferrable knowledge and infrastructure from offshore oil and gas extraction to offshore wind in the United Kingdom, thus maintaining key jobs in areas where the oil and gas industry currently provide employment.

The transition from a high carbon energy system to a low carbon energy system will undoubtedly provide huge challenges, but also opportunities, and what is clear is the absolutely critical need to reverse the current trend of global fossil production from one of growth, to one of decline.

Photo by Untitled Photo on Unsplash

This article has been written by Dan Welsby, James Price and Steve Pye as part of our 'Energy system transitions to achieve net-zero' research theme in celebration of 10 years of the UCL Institute for Sustainable Resources.