Rodrigo Echecopar is a student in the 2020-21 cohort of UCL Institute for Innovation and Public Purpose (IIPP)'s Master of Public Administration (MPA). 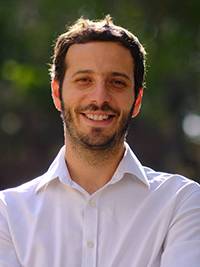 Rodrigo studied economics at PUC Chile and was a student leader during the 2011-2012 student movement. He has worked in politics, with congressmen Gabriel Boric and Giorgio Jackson, and in 2017 was elected for a two-year term as President of Revolución Democrática, a rising Chilean political party. He has also worked in the third sector as Deputy Director of Ciudadania Inteligente, an NGO that seeks to build more robust democracies in Latin America. More recently, he founded Nuestra América Verde, an initiative building Latin American proposals to fight climate change and social inequality. He is interested in transformative public policy and the political tools required to implement them.