Josh is Head of Finance and Macroeconomics and Senior Research Fellow at IIPP and an economist with interests in finance and banking, land and housing, economic rent and climate change. 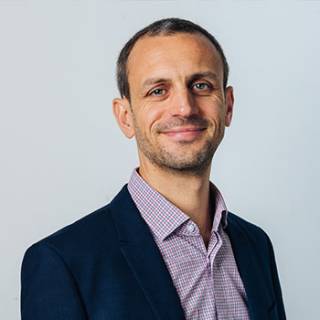 Josh is the author of three books, two co-authored: Where Does Money Come From? (2011, New Economics Foundation), a guide to the working sof the UK monetary system, which is used as a textbook to teach banking in the UK and US; Rethinking the Economics of Land and Housing (2017, Zed books), which was included in the Financial Times’ top 12 economics books of 2017; and Why Can’t you Afford a Home (2018, Polity).

His work on the interaction between the financial sector and housing markets has received international press coverage and led to invitations to provide guest lectures and advisory work from governments, public agencies, academics and civil society groups from across Europe, including the European Commission.

He has published in leading academic journals including Environment and Planning A: Economy and Space, Nature Climate Change, the British Journal of Sociology and the International Journal of Finance, Money, Institutions and Markets.

Josh was previously Senior Economist and Head of the Finance program with the New Economics Foundation (NEF), one of the UK’s leading progressive think tanks.  He worked there for 11 years during which time he developed an innovative program of research on banking and land and also studied for a Ph.D. in finance and economics from the University of Southampton Business School. This examined the relationship between bank credit creation, monetary policy, and macroeconomic dynamics.  Previous to that Josh worked for four years in strategic communications in the public and private sectors.

Currently, Josh is a Principle Investigator on three funded research projects at IIPP: a project on modern economic rent (funded by the Thirty Percy foundation); a project on the role of central banks in supporting a low carbon transition (funded by the Partners for a New Economy); and a European Union Horizon 2020 project on the ‘future of work’ - Beyond4.0) where he will focus on the business models of digital technology platforms.

Outside academia and policy work, Josh was also the founder of the Brixton Pound, which is a local currency used in south London used to support independent small businesses.

He has a particular interest in credit and land, two concepts that have been badly neglected in conventional economics but which, because of their unique properties, play a vital role in shaping the trajectory of capitalist economies.  One important strand of his research examines how central banks and financial regulation can better support wider policy objectives, including the transition to a more sustainable and equitable economy, via directing credit and via closer coordination between monetary, fiscal and industrial policy frameworks.

A related research stream focusses on rethinking the concept of ‘economic rent' and the development of policies to reduce its occurrence.  This applies to land and finance but also to other fields including big tech ‘platform’ companies and innovation more generally.

Josh also contributes to IIPP’s research around rethinking public value and the evaluation of public policy beyond conventional economic approaches.