Along with Google, Facebook, major publishers and academics, IIPP MPA student Adam Cantwell Corn gave evidence to the Department for Culture, Media and Sport select committee on the future and sustainability of local journalism. 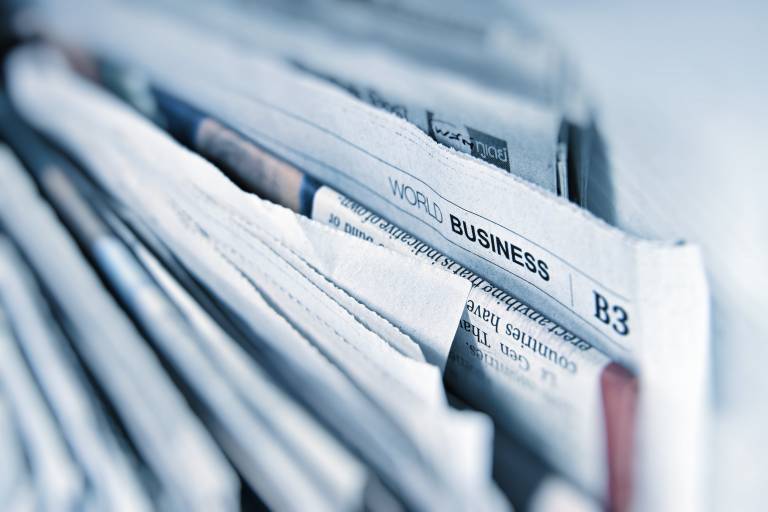 Between 2005 and 2019, there has been a net loss of 265 local newspapers in the UK, with similar dynamics in other countries. Many of those that remain have been hollowed out by rounds of cuts, job losses and ongoing consolidation into an oligopoly of just three companies that own 70% of the market. The result has been a decline in the quality and availability of local news, and a growing distance between remote institutional investors and the communities the journalism is intended to serve. As well as continued reports of declining and very low public trust in journalism generally, research correlates the closure and decline of local papers with corruption going up and electoral turnout going down.

Amid an ongoing crisis in the sector, the DCMS committee was launched in February with the stated aim to “examine what challenges face local news organisations and what support should be put in place in order to maintain their democratic function".

With implications for market regulation, taxation and the contested concept of the ‘public interest’ there is significant divergence on how to address the issue, between independent publishers, corporate conglomerates and Big Tech. Co-founder of The Bristol Cable - an internationally recognised pioneer in community-owned public interest local journalism, MPA student Adam Cantwell-Corn gave oral evidence to the committee on 17 May. He appeared alongside Michelle Stanistreet of the National Union of Journalists and Jonathan Heawood of the Public Interest News Foundation. Responding to the MP’s concerns about clickbait, Cantwell-Corn explained that it was the “economics of the advertising-driven model” and the power imbalance between publishers and Big Tech over the share of the advertising market. In 2020, the Competition and Markets Authority found that of the £14bn spent on digital advertising in the UK, 80% went to Google and Facebook, starving publishers of an important and traditional revenue stream. Referring to both local and national journalism the report said this dynamic was “undermining their [publishers] ability to produce valuable content”.

“Journalists are forced to produce more and at scale, optimised for virality and for clicks, to recoup some meagre [advertising] income that is not taken by the tech giants... Publishers are incentivised to “crank up the outrage, drive down the cost of producing it and make things cheap, quick and, frankly, a little bit dirty, like the fast food of journalism”. A systemic view of the “broken market” of local journalism is needed and its effect on trust and public discourse.'

He said that a response should include a complementary “series of public policy measures that can shape the market over the long term", with these aiming to facilitate more sustainable journalism that focuses on models and ownership structures that put the audience, not advertisers, first.

Whilst some private or public initiatives have been forthcoming, these have been short term and limited. Cantwell-Corn stressed the importance of an “ecosystem approach and not a ‘have a pop’ single-issue policy” to match the challenge. As well as provisions in the draft Digital Markets, Competition and Consumer Bill, he also raised the prospect of fiscal incentives for public interest and community owned publishers, long term innovation incubators for audience revenue, a review of the training pipeline for journalism professionals and direct public funding.

Regarding public funding, he cautioned against merely increasing the current approach of no-strings-attached subsidisation of large corporate publishers. He said:

““We need to be working with some form of principle of conditionality for public funding... those conditions should be to invest in sustainability, innovation and quality journalism, and not be siphoned off or disappear into a general corporate pot of money and then to produce the same journalism...public policy nees to support them to address the scale of the crisis. “In 10 years, if this continues, there is going to be nothing left even to build on. That is the picture we are looking at. That is the timescale we need to be looking at.”

Following a review of the evidence, the DCMS select committee will produce a report of the committee's findings. The government then usually has 60 days to reply to the committee's recommendations.